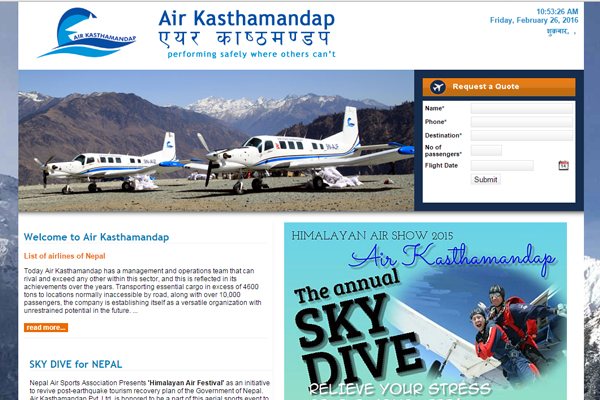 A second aircraft has crashed in Nepal in three days.

The Air Kasthamandap aircraft with 11 passengers on board, crashed in a remote area while flying between Nepalgunj and Jumla.

No British nationals were on board, the Foreign and Commonwealth Office confirmed.

No details of casualties were given but at least one person is reported dead.

It follows a Tara Air Twin Otter going down while flying between Pokhara and Jomsom killing more than 20 people on board.

There have been seven previous fatal air crashes in Nepal since August 2010, according to the FCO.