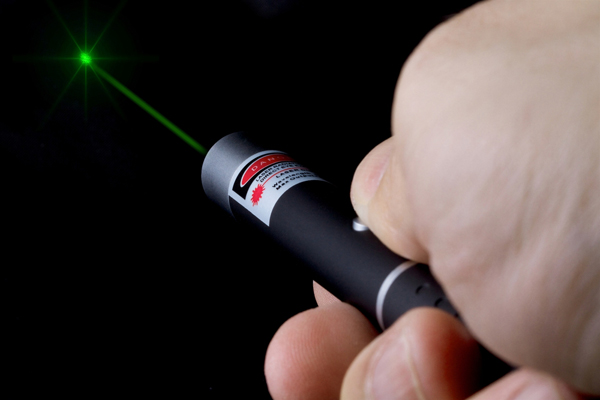 A ban on powerful laser pens is being considered by ministers after a co-pilot fell sick when his aircraft was hit by a light beam in mid-air.

Transport minister Robert Goodwill said the “threat” posed by lasers being shone at aircraft was discussed at “cross-Whitehall” talks.

It is already an offence to direct or shine any light at an aircraft in flight so as to “dazzle or distract the pilot”, with a maximum sentence of five years.

But the government is considering tightening the law after a Virgin Atlantic flight to New York returned to Heathrow last month after a laser was shone into the cockpit while it flew at 8,000 feet about seven miles west of Heathrow.

About an hour into the flight, the pilot declared an emergency when his co-pilot fell ill and returned to Heathrow.

A British Airways flight approaching Heathrow was also recently targeted with a laser.

The Department for Transport has received seven representations following the incident involving the Virgin Atlantic aircraft.

A government spokeswoman said: “The meeting focused on accessibility and enforcement. We will continue to work on a plan which will improve public safety.”

More than 1,300 incidents were recorded by the Civil Aviation Authority in each of the four years from 2010, compared with only 20 in 2005.