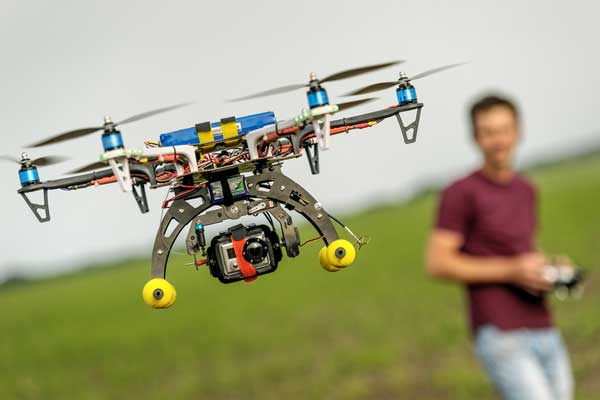 A call is being made for research into what would happen if a drone hit an aircraft, after 23 near-misses around UK airports in six months last year.

Reports from the UK Airprox Board reveal the incidents happened between April 11 and October 4. In one incident a drone passed within 82ft of a Boeing 777 near Heathrow, the BBC reported.

The British Airline Pilots Association (Balpa) wants the government and safety regulator to back research into how serious a strike could be.

The incident at Heathrow was one of 12 that were given an ‘A’ rating by the independent board, meaning there was “a serious risk of collision”. It is the most serious risk rating out of five.

Other incidents given the most serious rating include a drone coming within 66ft of a Embraer 170 on its approach to London City Airport above the Houses of Parliament on September 13.

On the same day, a Boeing 737 had a near miss with a drone shortly after take off from Stansted.

Regulations set by the Civil Aviation Authority prohibits unmanned aircraft from flying within 164ft of any vessel, vehicle or structure that is not in the control of the person in charge of the aircraft.

Balpa wants the Department for Transport and the CAA to back research into the possible consequences of a collision with a passenger jet.

The union’s flight safety specialist, Steve Landells, warned that a drone hitting an aircraft could result in an uncontrolled engine failure or a smashed cockpit windscreen.

There was a large amount of data on the effects of bird strikes on aircraft, but he said specific drone research was needed because “birds don’t have a big lump of lithium battery in them”.

People who fly drones close to planes could be convicted of endangering the safety of an aircraft, which has a maximum prison sentence of five years, the CAA said.

A spokesman for the regulator urged drone users to understand that the UK has “one of the busiest areas of airspace in the world”.

A DfT spokesman said public safety was “our first priority” and it is working closely with the CAA and airlines to “improve our understanding and knowledge this emerging technology”.