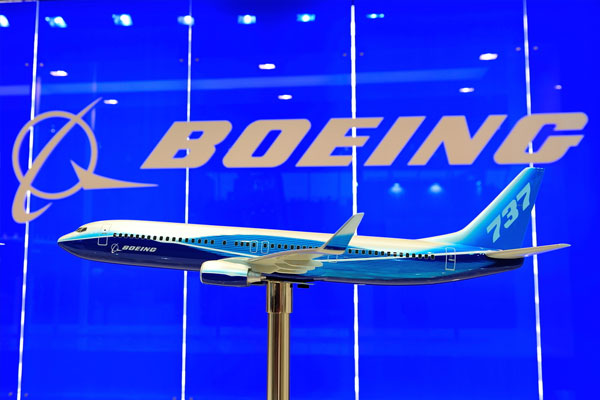 A $16.6 billion deal has been agreed by Boeing to supply a fleet of 80 passenger aircraft to Iran Air.

The US manufacturer will sell 50 Boeing 737 MAX aircraft along with 30 widebody 777s to the carrier.

Deliveries are due to start in 2018. The deal follows an agreement last year that the Tehran government stops developing nuclear technology in return for an end to international sanctions.

The US imposed sanctions on Iran in 1979 after revolution in the country, and has been at the forefront of efforts to limit its international trade.

President-elect Donald Trump has criticised the nuclear deal, and Congressional Republicans are making efforts to counter the accord.

However, Iranian transport minister Abbas Akhoundi said: “With the signing of this contract, the first important step has been taken for the modernisation of the country’s aviation fleet.

“Our goal is to increase our ability to compete in the aviation industry to be able to get back our share in the transport industry in the region and the world.”

Boeing said: “Today’s agreement will support tens of thousands of US jobs directly associated with production and delivery of the 777-300ERs, and nearly 100,000 US jobs in the US aerospace value stream for the full course of deliveries.

“Boeing co-ordinated closely with the US government throughout the process leading up to the sale and continues to follow all license requirements as it moves forward to implement the sales agreement.”

Boeing’s main rival Airbus announced in January that it had signed a deal to sell Iran 118 aircraft worth a total of €22.8 billion, and a government official said Tehran expects to finalise this agreement in the next few days.