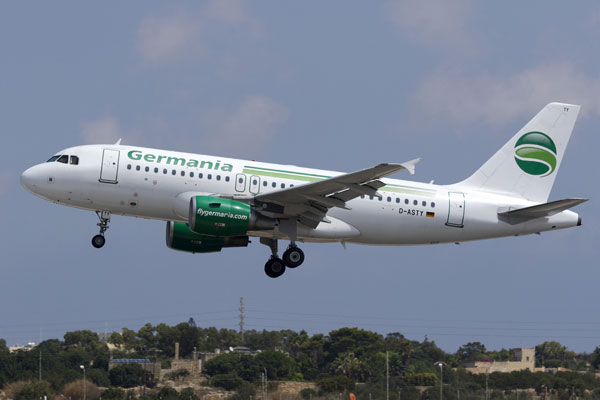 Berlin-based carrier Germania confirmed it is in financial difficulties this week but reported it had won enough investment to continue flying while seeking longer-term financial backing or a potential sale.

Germania suffered a cash shortfall of €20 million at the end of December. The airline operates a fleet of 37 aircraft on a mix of scheduled and charter flights.

It responded to German media reports that it was seeking investment on Tuesday, saying: “Germania is currently examining various financing options to ensure its short-term liquidity needs.

“We are focusing on the central question of how we can continue to be effective in a market environment dominated by airlines under larger corporate structures.”

Germania blamed “unforeseeable events” for its cash shortfall, saying: “The massive increases in fuel prices last summer and the simultaneous weakening of the euro against the US dollar were major burdens for our company.”

It also blamed “considerable delays in phasing aircraft into our fleet and an unusually high number of maintenance events”.

The statement added: “Europe’s aviation industry has undergone major changes [and] 2018 was a particularly challenging year. The entire industry is undergoing transition and Germania with it.”

Swiss travel company Hotelplan Suisse was reported to have stopped selling Germania while awaiting clarification of the airline’s status.

However, the carrier insisted: “There are no restrictions on our flight operations and all Germania flights continue to be operated as planned.”

Owner and chief executive Karsten Balke told staff on Wednesday that talks with unnamed investors had progressed to the point that the airline could prove its financial liquidity to the German civil aviation authority.

Balke said he was confident of obtaining fresh financing. He said: “The serious interest of the investors makes us optimistic we can continue as an independent airline.”

Germania operates 34 aircraft in Germany and another three through subsidiaries in Switzerland and Bulgaria.

German tour operators contract about 60% of its capacity, typically on flights from smaller airports.

TUI is the carrier’s biggest single client in Germany, according to German trade media outlet FVW, accounting for about 15% of the airline’s capacity.

The airline carried more than four million passengers last year, operating to 60 destinations in Europe, the Middle East and Africa.

It made a loss of €8 million in 2016 on a turnover of €369 million, since when it has published no financial data.

The carrier was founded more than 30 years ago.