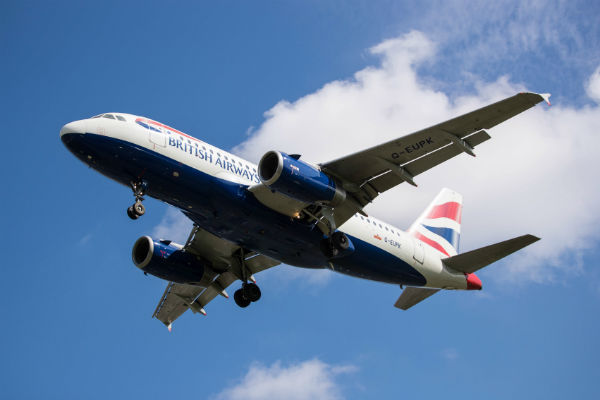 British Airways faced a barrage of criticism over the bank holiday weekend after wrongly telling passengers their flights were cancelled due to a pilots strike.

Pilots at the airline are due to walk out on September 9, 10 and 27 but customers with tickets booked for other days were told on Saturday that flights were cancelled.

BA later owned up to mishap and said it will refund those who booked alternatives.

The carrier also said it was dealing with a backlog of 40,000 customer calls.

But passengers took to social media to voice their anger and frustration, with many complaining about waiting “hours” to get through to the airline’s customer services and others saying they kept being cut off.

Some received two conflicting emails on Saturday. The first told them their flights had been cancelled and that they should rebook or seek refunds. The second said their original flights would go ahead as planned.

But in the second email, passengers were not given a link to automatically rebook onto their original flight, meaning they had to contact BA directly, the BBC reported.

On Tuesday, the CAA said it was seeking answers from the airline about what went wrong and how it was complying with its re-routing obligations to consumers.

Adam French, consumer rights expert at Which?, said on Saturday: “British Airways has caused a lot of confusion and anxiety in the way it has handled today’s cancellations.

“It is vital that the airline ensures that any customer who was initially informed that their flight was cancelled and has booked an alternative flight is not left out of pocket.

“British Airways must now put all resources necessary into sorting out this mess as soon as possible.”

He added: “It is unacceptable if frustrated passengers are unable to get through to customer services at British Airways. If people can’t find out what their cancelled flight means they could be deeply concerned that their travel plans will lie in tatters.

“If you are affected it’s important not to panic, BA has a legal duty to re-route you onto another available flight – if necessary with a rival airline – so keep chasing the airline and find out your options. Anyone who has already booked themselves onto an alternative flight can seek to claim the cost of the original flight back but will need to enquire about this with BA.”

A BA spokeswoman said customers who were told their flights were cancelled in error and had booked alternative flights or incurred other expenses would be entitled to refunds if they submitted receipts.

BA said it was“exploring options to supplement our fleet by using aircraft and crew from other airlines” as well as “working with our partner airlines to schedule larger aircraft to take the maximum number of customers” over the strike days called by the British Airline Pilots Association.

But the airline said: “If you have a flight booked with us on those dates, it is likely that you will not be able to travel due to Balpa’s strike action. We will be offering all affected customers full refunds or the option to re-book to another date.”