A Valentine’s break in Montreal – what’s not to like? Ian Taylor sampled the city’s delights.

Montreal can be cold in February – -15C cold – but undeterred, my partner and I fly out on Valentine’s Day.

The city has been hit by 40cm of snow the day before. The Montreal Gazette informs readers: “Forecasters expect more snow in the coming days. But Saturday is shaping up to be a nice day.”

The airport is in a remarkable state of ‘business as usual’. Driving into the city, we see cars buried to the point where the mounds merely suggest vehicles lining the streets. Yet traffic on the main roads is moving. To a Londoner, this seems wondrous. 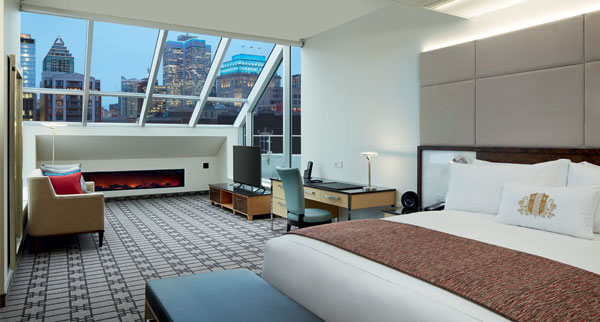 We arrive at our hotel, Le Mount Stephen, in Montreal’s Golden Square Mile, where we struggle across the street and clamber over the heaped snow at the roadside. We’re greeted by a doorman in a huge overcoat with upturned collar, cap and earmuffs, and step inside a curtained entrance to a sumptuous but cosy lobby. I suggest he does too.

The reception staff are great and the bed large and comfortable, but the touchpad for the lights appears to synchronise lamps and window blinds. It proves impossible to switch a light on or off without raising or lowering a blind. Claire is amused by my swearing until she has a go. We leave the blind raised – it’s dark anyway.

The hotel has a historic feel – it was built in the 1880s and later declared a historic monument – and five-star features, but some unnecessary technology. The loo seat is heated and self-raising. It lifts whenever one of us passes the bathroom to access the wardrobe or the door to the room. This is funny for a time.

The doorman is still outside when we go out to eat. But first we fancy a drink in the gorgeous hotel bar. We may be residents, but this proves impossible. We can’t buy a drink without booking a table – and there are none.

No matter. We opt instead for the concierge’s recommendation, the Dominion Square Taverne – a 10-minute slip and slide away. I check a map – no phone GPS for me – deftly manipulating it while putting gloves on and off, slithering across streets, holding on to Claire and checking street signs. Think Mr Bean on ice.

The Dominion Square Taverne is a wonderful 1920s beer hall type of a place. Less English pub, more old Berlin bar – and better for it. The place is warm and welcoming; the staff friendly, food great, the beer and wines excellent.

Best things to do in Montreal

• Eat – food is a major feature of Montreal. The city is second only to New York in its number of restaurants.

• Shop – Marché JeanTalon in Little Italy and the art deco-style Marché Atwater are among the city’s best markets.

• Climb – scale Mont Royal for city views, then hit the underground walkways that connect buildings with Metro and rail stations. 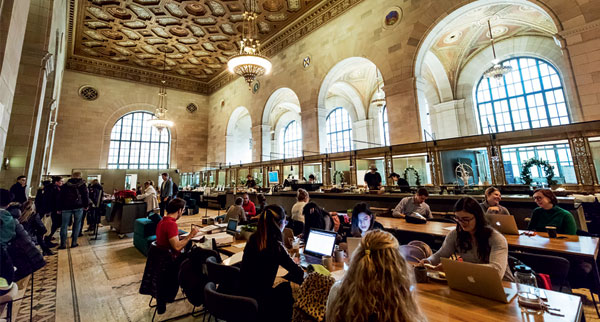 The old and beautiful

Sleet falls all day Friday. After coffee at the Crew Collective cafe, a glorious spot in a magnificent former bank building in the financial district, and lunch at elegant Monarque, we brave the sleet to walk the cobbled streets of Old Montreal. We visit Pointe-à-Callière and Fort Ville-Marie, the birthplace of Montreal, and stop for more coffee at Le Panneur. Early evening, we head for Théâtre Maisonneuve in the arts district. We’re lucky to see a farewell performance by London-born Bangladeshi dancer and choreographer Akram Khan.

Afterwards, we have a drink in a delightful bar-diner near the Dominion Square Taverne, are seduced by the menu and decide to eat there. We don’t regret it.

On Saturday morning, the sun shines and we are met by our tour guide, Thom Seivewright, a wry, knowledgeable guy who chats amiably about his partner, parents, politics and life in Montreal.

The Golden Square Mile was once the wealthiest part of Canada, he explains, until the Wall Street Crash when the elite downsized and fled. We tour Crescent Street, a nightlife area; head to Mont Royal park, designed by Frederick Law Olmsted, who also laid out New York’s Central Park; then wander through art deco Atwater Market.

The Saint Laurent Boulevard, which splits the city, used to mark a divide between English-speaking west and French east. Today, Thom says: “Montreal is where Québécois culture meets the world.”

He shows us the upmarket, English-speaking district of West Mount, where songwriter Leonard Cohen grew up, and down-at-heel Saint Henry – now something of a ‘hipster’ district. We see Griffintown, the Irish Catholic neighbourhood, which has become a centre for tech companies, visit the cafes and boutiques of St Denis Street in the Plateau district, and take in Little Burgundy – an industrial neighbourhood-turned-foodie hotspot. Every trendy eating place has a ‘speakeasy’ bar at the back for those in the know, Thom explains.

Sign up for Destination Canada’s travel agent training at csp.canada. travel and find out more about Montreal at mtl.org/en/travel-professionals 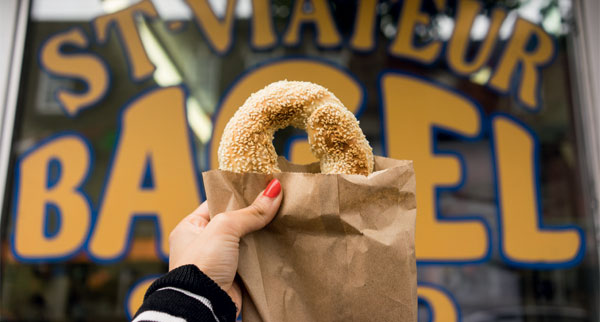 We head for Mile End, where “you can eat your way around the world”. I emerge from St-Viateur bagel shop with a bag full of honey-water bagels. Claire points out she is not eating carbs. Lucky me, you might think. But really, six bagels? I slip into the lovely Café Olimpico for a sneaky coffee while our group moves off. Perhaps someone fancies a bagel…

Thom leaves us at the Museum of Fine Arts where we are both more captivated by a breathtaking exhibition of Inuit art.

On our final night, a restaurant seems in order. We find a likely looking place where we end up being the object of enquiry for the couple next to us for the following three hours – cue an awkward double date.

Afterwards, we consider visiting a jazz bar, but are jet lagged and go back to the hotel to play with the lights instead.

As we leave Sunday morning, the toilet gives a final salute. It is a comic end to a memorable Valentine’s Day break.

I loved Montreal. Claire loved “the multicultural, New York village vibe and the food, and the hotel bar we never got to drink in.” Me too. 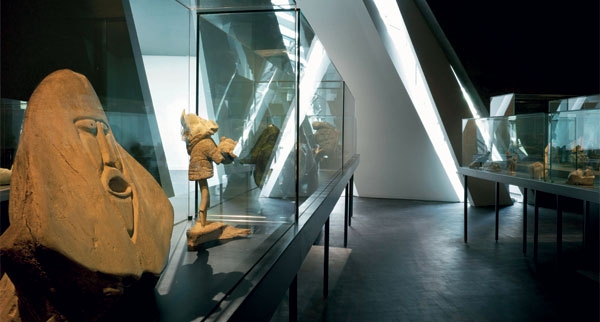 The best ski resorts in Canada
Where to go whale watching in Canada
Vancouver: The best food in Canada’s culinary city 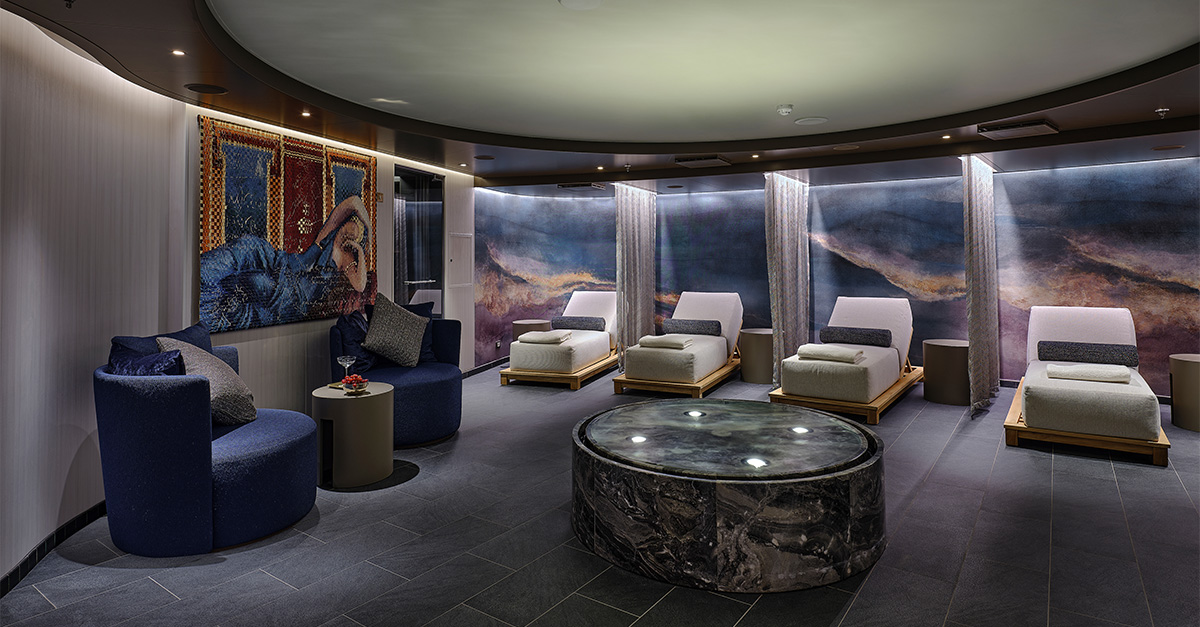 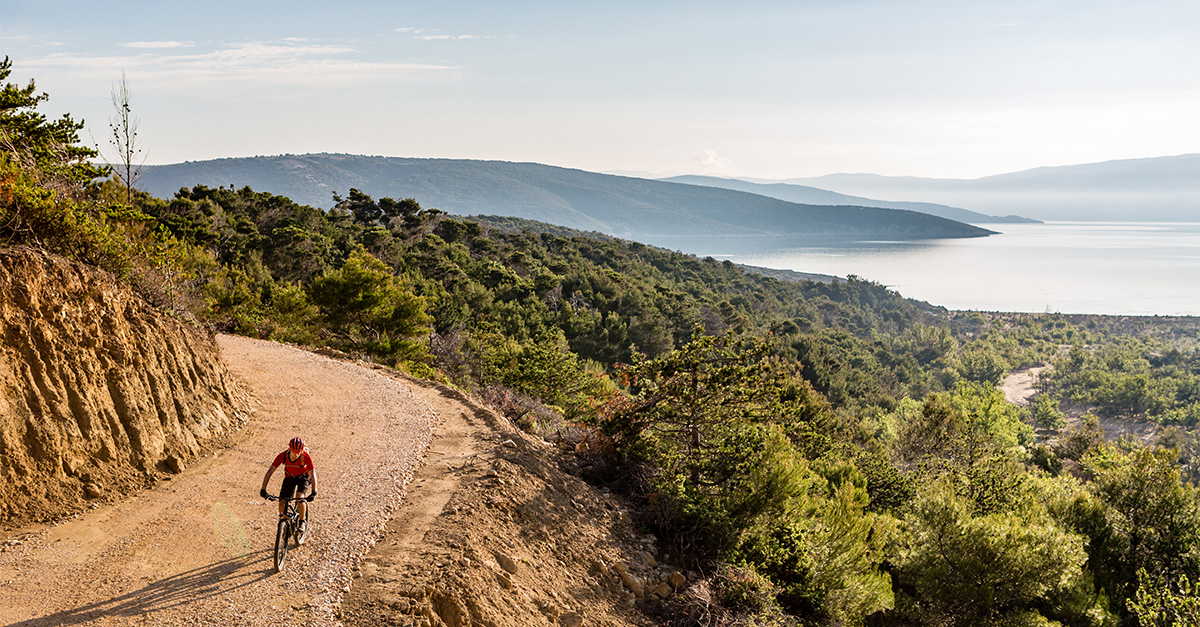 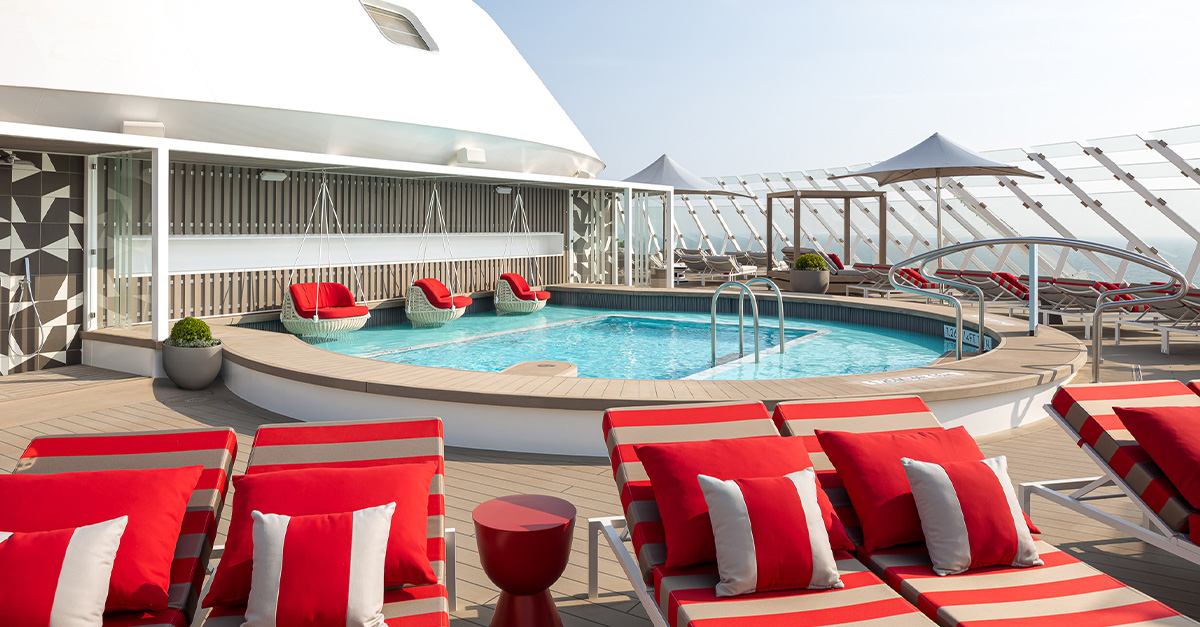 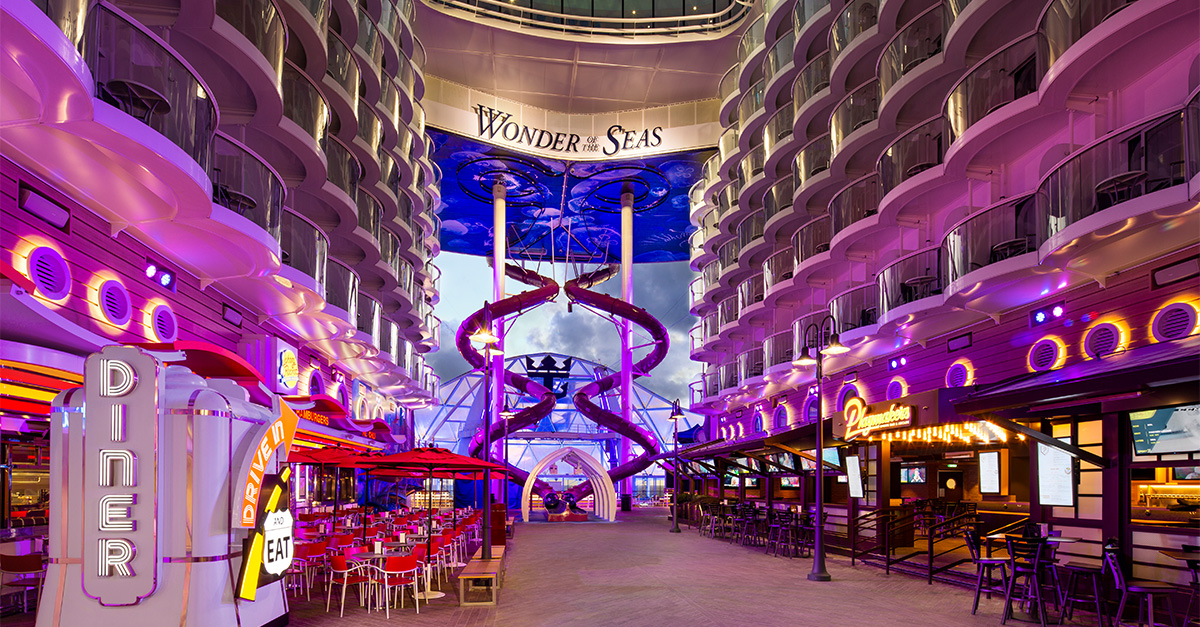