There’s a lot to be explored on the legendary Mississippi River, as Jeannine Williamson finds out on American Cruise Lines paddle wheeler ship, America

“You don’t see many pleasure boats here, as there are no marinas,” explains Jim Williams. I can’t say I’m surprised, as the view out of the lounge window is suddenly eclipsed by a three-storey towboat – the pilot a pinpoint figure in the wheelhouse – nudging a vast consignment upstream.

His ‘tow’ comprises 60 barges, each carrying up to 50 tonnes of cargo, and lashed together to form a floating giant with a stopping distance of several miles when fully loaded. I certainly wouldn’t want to be in a rowing boat trying to dodge one, I think, as I settle down to listen to the first of Jim’s tales about the mighty Mississippi, from the comfort of American Cruise Lines ship America, our home for the next week.

“I’m a storyteller, not a historian,” continues ‘riverlorian’ Jim, whose daily tales of the riverbank enrich onboard life over the coming days.

Built in 2016 in the style of a classic paddle wheeler, America is an expansive six-deck ship with a plethora of public areas and sun decks. It carries just 185 passengers in style in a variety of spacious staterooms, including five 445sq ft Owner’s Suites, which overlook the bow. 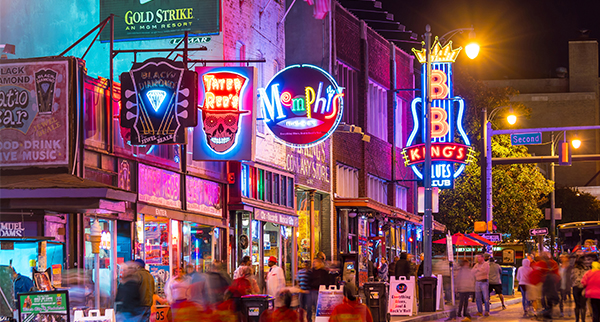 We’re sailing from Memphis to New Orleans, a journey of 640 miles – which can also be done in reverse – along the Mississippi, the second-longest waterway in the US at more than 2,300 miles, and the largest by volume.

My childhood images conjured from Mark Twain’s classic novel The Adventures of Huckleberry Finn pale into insignificance at the first sight of this huge expanse of water, which stretches several miles wide in places.

“We’re sailing from Memphis to New Orleans, a journey of 640 miles”

The name Mississippi comes from Messipi, which is the French rendering of the American Indian word Misi-iibi, meaning Great River, and it couldn’t be more appropriate.

As we leave behind the cityscape best known as the former home of Elvis, King of Rock’n’Roll, we reach uninhabited stretches flanked by sandbanks and trees. The next day I wake up early, still jet-lagged, to a low mist hanging over the water and empty rocking chairs gently swaying on the deck. It’s an ethereal sight.

Our first port of call after Memphis is Vicksburg, where the 1863 battle played a pivotal role in the American Civil War. Our excursion to Vicksburg National Military Park reveals 1,400 memorials dotted throughout the battlefield’s hilly terrain, with the chance to walk around the fascinatingly eerie remains of the USS Cairo – which was salvaged from the Mississippi after 100 years and is the only surviving wartime ironclad gunboat. 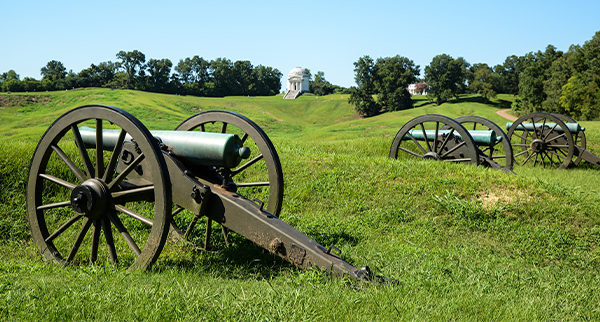 Next up is Natchez. This quintessentially charming city was first inhabited by American Indians and has, like many settlements along the Mississippi, subsequently been shaped by various cultures, including African, French, British and Spanish. I opt for the excursion to Longwood, an extraordinary building that’s the largest octagonal house in America but was never completed due to the misfortunes of its original owners.

From here it’s on to another charming town, St Francisville, described as “two miles long and two yards wide” for its compactness. The town was once the commercial centre of the surrounding plantation country.

A stirring final night concert by the Victory Belles, singing tunes from the 1940s, heralds our arrival in New Orleans

To learn more, we embark on an excursion to Rosedown, a magnificent 19th-century former plantation house filled with original furnishings.

Our penultimate stop takes us to Baton Rouge, the capital of Louisiana, where attractions range from the Old State Capitol and a museum housed in a historic government building to a floating casino. 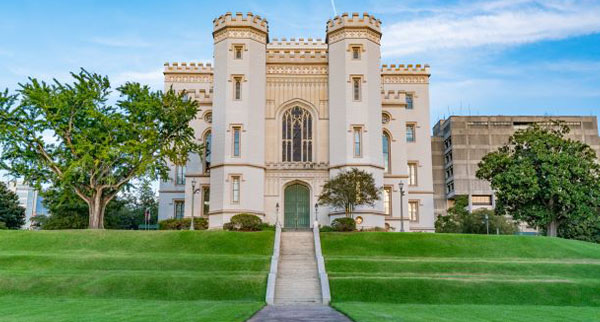 From here we continue our journey, mooring for a stop at the grand Houmas House, a former plantation and historic estate. There’s an alternative option to visit Oak Alley Plantation, named after its sweeping grounds and home to poignant slavery exhibits.

A stirring final night concert by the Victory Belles, singing tunes from the 1940s, heralds our arrival in New Orleans, 100 miles from the mouth of the Mississippi, in the Gulf of Mexico. We could have driven there from Memphis in six hours, instead of meandering down the sinuous river, where you can sail 30 miles around a sweeping bend and only end up a mile from where you started. But after a week on the mighty Mississippi, I certainly know which mode of transport I prefer.

The Biedenharn Coca‑Cola Museum: In 1894, the Biedenharn family took a popular soda beverage and bottled it for the first time, resulting in the world’s most famous fizzy drink. This museum in Vicksburg includes reproduction manufacturing equipment and a store selling all things cola.

Grandmother’s Buttons: In 1985, Susan Davis started a craft stall selling jewellery made from her grandma’s old buttons. Today, her family members source antique buttons from around the world to create unique pieces in a grand old bank-turned-shop in St Francisville.

USS Kidd: Known as the Pirate of the Pacific, this Second World War destroyer is moored at Baton Rouge. Passengers sailing on America qualify for free entry to clamber around the decks and cramped living quarters that once housed 330 crew members.

Fred River Cruises offers a 10-night Lower Mississippi cruise on American Cruise Lines’ Queen of the Mississippi (pictured) from £4,599, departing March 19, 2022. The price includes a one-night stay in Memphis, excursions, all onboard meals, beer, wine and soft drinks, plus a daily cocktail hour, evening entertainment and flights from London.
fredrivercruises.co.uk 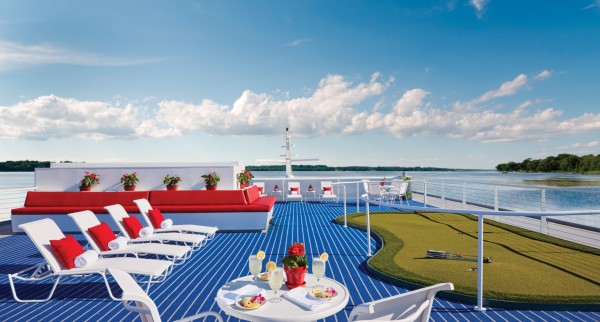 Top tips for selling river cruises around the world

Cruise ports we can’t wait to get back to