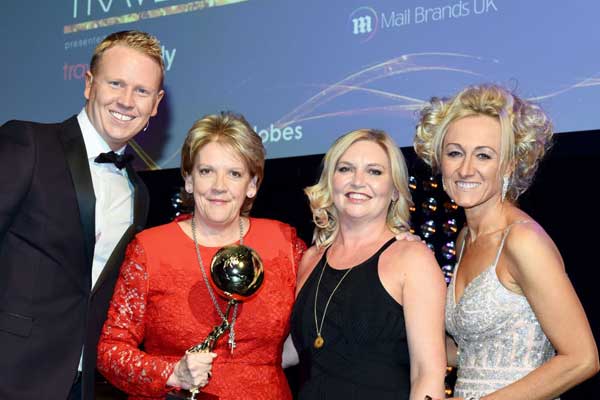 With a passion for languages and a business studies degree in travel and tourism, Jo Rzymowska was destined for a career in travel.

Like many in the industry, she began repping in resort, spending six months in Majorca before getting a job with International Leisure Group as an assistant to the general manager in 1982.

The next 30 years saw the UK boss of Celebrity Cruises work her way up the ranks at industry giants Disney, Universal and Thomas Cook.

Rzymowska says putting the customer at the core of everything you do is key. “It’s important to work with organisations where this is the case,” she says.

“It wasn’t always like that and I was always vocal about it.

“You have to accept you can’t do things on your own – you must surround yourself with people who are better than you in some areas. It’s so important to have a diverse team, because then you get different points of view.”

Educated in England, Rzymowska was born to a German mother and Polish father and developed a love of languages early on. “I knew I wanted to use them in my work,” she says.

‘My passion is people’

“And I know it’s a cliché but my other big passion is people. I get the biggest buzz from meeting people from different backgrounds.”

Rzymowska says her biggest challenge came when she was working at Dreamticket during the dotcom crash.

“It was the most exciting of times because it was a blank piece of paper and very entrepreneurial and our business model was ahead of its time – booking package holidays online,” she says.

“But we didn’t get a second round of funding. We were a

“That was a tough time.”

Rzymowska has also been recognised for her work championing equality and diversity in the industry. She has been named in an OUTstanding top 100 list of LGBT people in business and is currently spearheading a project within Royal Caribbean Cruises to create a culture of diversity and inclusion in the business in Europe and Asia.

Rzymowska says: “About 60% of LGBT graduates go back into the closet when applying for jobs, so it’s about how we work with younger LGBT individuals and how we ensure we give them confidence.”

Rzymowska says her progression within Royal Caribbean Cruises has been the highlight of her career, having joined as director of sales and marketing in 2005. At the end of last year she had Asia added to her remit.

“It’s going to be great learning about a new region with a lot of different cultures. That’s fascinating to me.”

She added: “But also, and I mean this, the Outstanding Achievement Award is an absolute highlight. To be chosen is very, very special.”