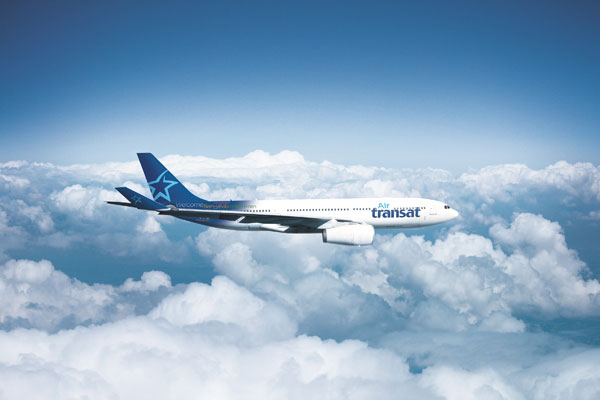 Capacity from Glasgow to Canada is being raised by Air Transat this summer as the airline marks its 25th anniversary of services from the Scottish airport.

Larger Airbus A330 aircraft are being deployed to give 12% more seats.

UK and Ireland sales director Lesley Kane said: “Scottish travellers are taking off for Canada in record numbers this year, and we’re introducing larger aircraft to cater for this big increase in demand.

“2017 not only marks Canada’s 150th anniversary, but also a quarter century of Air Transat services from Glasgow, and we’re delighted to be the carrier of choice for tens of thousands of Scots again this year.”

Glasgow airport head of airline marketing and development, Steven Marshall, said: “Air Transat’s decision to increase capacity through the introduction of larger aircraft is great news for our customers and timely given it coincides with the airline’s 25-year anniversary of operating services between Glasgow and Canada.”

“As well as offering greater choice on direct routes to Toronto and Vancouver, this increase in capacity will also provide passengers with more opportunities to connect internally and visit other Canadian cities such as Montreal and Calgary.”