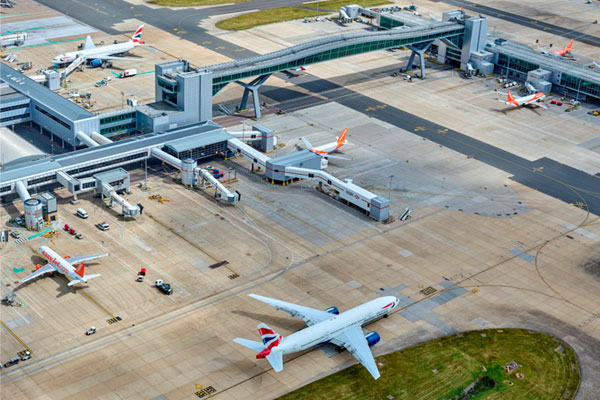 Gatwick has revealed its top peak season destinations as the airport prepares to handle more than eight million passenger over the school summer holidays.

Overall numbers are projected to rise by 3.6% over last summer with July 21 predicted to be the busiest day for departures and September 3 for arrivals.

August 13 is expected to be the busiest day overall with 168,000 passengers either flying out or arriving.

Destinations on the US west coast feature in the top ten long-haul routes for the first time with Los Angeles and Oakland joining New York, Las Vegas and Orlando.

Barcelona is the most popular short-haul destination with 128,000 passengers forecast to travel to the Spanish city over the airport’s summer holiday period, which runs from today until September 3.

Chief commercial officer Guy Stephenson said: “We are expecting record numbers to use the airport this summer with passenger numbers on all of our top ten routes exceeding last year’s totals.

“Gatwick’s long haul network is also growing particularly strongly and we now offer over 60 routes – a world record for a single runway airport.

“Not only does our long haul network offer leisure passengers tremendous choice, it also provides UK businesses with fast access to markets outside Europe as the vast majority of air freight goes in the hold of these long haul passenger flights.”

He added: “Gatwick continues to stand ready to build a new runway – in addition to or instead of Heathrow – to help drive further growth should the government give us the green light to proceed.”