The Only Way is Thailand this year for the cast of the hit reality TV show, TOWIE.

The Tourism Authority of Thailand has partnered with the ITV show for the first two episodes of its 24th series which were filmed on the island of Koh Samui. 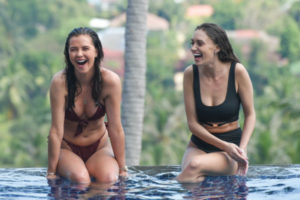 Joanna Cooke, PR manager for Tourism Thailand UK who helped coordinate the project said: “This has been a really exciting project to work on and a great opportunity to showcase Thailand on prime time television to an engaged audience.

“This is an excellent opportunity to work with multiple celebrity influencers as well as gain huge TV exposure, plus the massive press coverage generated from the trip and show itself.”

Each episode of TOWIE is watched by over 1.2 million viewers and the cast have 20 million-plus followers across social media collectively.

Fans can find details of the cast’s itinerary here uk.blog.tourismthailand.co.uk/ and follow the show on social media using the tag @fanclubthailand and #TOWIEThailand