Laura French lines up alternatives to the UK’s most popular staycations.

Look at a world map and the UK is barely more than a speck. Zoom in a little, though, and you’ll find rather a lot to be getting on with.

From the Highlands and Hebrides of Scotland to England’s cliff-lined coasts, via Celtic traditions, centuries-old castles and quaint villages, this little nation is pretty diverse – which means there’s always something new to sell to families wanting a quick retreat.

Whether it’s exploring the beaches of Devon or surfing Jersey’s waves, wandering the cobbles of Edinburgh or taking in some culture in Dundee, you’re not short on options here. Add in the vast, verdant hills of the Lake District, the idyllic, stone-walled cottages of the Peak District and the soaring slopes of the Brecon Beacons, and there’s really no excuse not to sell a short‑haul break to a family after a quick holiday fix.

We’ve picked out a few of the most popular spots – but if families have already ticked those off their list, here are a host of other options to help you sell the nation’s best‑kept secrets.

Wide, open stretches of sugar-soft sand, rugged cliffs plunging into the ocean and a string of outdoor adventures offering thrills for daredevils – the north Devon coast is a sure-fire hit for families seeking a great British break. And whether it’s the surf-friendly waters of Croyde Bay, the steep, cobbled streets of historic Clovelly or the rolling, heather-brushed hills of nearby Exmoor, there’s plenty to keep kids of all ages occupied here. 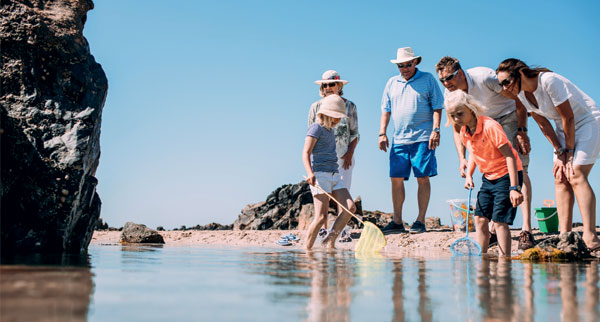 Why go: For clients wanting to get away from the mainland, Jersey is one big box-ticker, with a plethora of gold-sand beaches curving round secluded bays. Surfing, body-boarding, rockpooling and swimming are all on offer, while St Brelade’s Bay in the south brings families with younger kids flocking thanks to banana-boat rides, lifeguarded waters and a restaurant-lined, postcard-pretty boardwalk. “I love bringing my family to the Channel Islands,” says Gill McCarthy, sales director for Airways Holidays. “It’s so easy to get to and there’s so much on offer, from castles to childfriendly cycle routes, Jersey Zoo to dolphin-spotting trips.”

Book it: Airways Holidays offers a week’s B&B at the three-star Merton Hotel, on the southeast coast, from £672 per person, based on a family of four travelling on August 24.
airwaysholidays.com

Or try: Already been there and done that? Premier Holidays points to the Isles of Scilly. “These stunning islands are often overlooked,” says Beverley Scarr, short-haul general manager. “But they’re a fantastic alternative for families searching for somewhere with the same natural beauty and beaches of Devon or Cornwall, but with a slower pace.”

From the turreted, medieval fortress that is Edinburgh Castle to the iconic Edinburgh Dungeon, the legendary Arthur’s Seat to the weird-and-wonderful Camera Obscura & World of Illusions, the Scottish capital deserves its reputation for family fun. Historic cafes on cobbled lanes, heritage landmarks such as the Palace of Holyroodhouse and atmospheric art galleries add further appeal – as does an excellent food scene, a wide range of family-friendly hotels and a relaxed, slow-paced feel that’s village meets city.

Why go: Hot on Edinburgh’s heels on the culture front is Dundee, where a £1 billion development is transforming the waterfront. The V&A Dundee, Scotland’s first design museum, opened last year – complete with kids’ workshops and interactive exhibits – joining Dundee Science Centre and Discovery Point, which is home to the vessel on which Captain Scott sailed to Antarctica in 1901 (visitors can board the ship). It’s not just about the city though, with beaches such as Lunan Bay, East Haven and Monifieth within easy reach, luring families wanting a seaside escape. 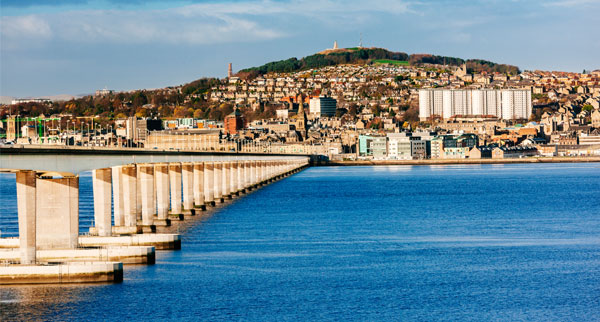 Book it: Super Break offers two nights’ B&B at the three-star Hampton by Hilton Dundee City Centre from £194 per family, based on four staying in September.
superbreak.com/agents

Or try: Liverpool is just as lively when it comes to family offerings, with the likes of Tate Liverpool, the World Museum and Spaceport – featuring optical illusions, simulators and a domed planetarium – drawing those after a culture fix. Elsewhere the waterfront brings Beatles statues, interactive play zones and immersive Mersey Tunnel Tours into the mix; no getting bored here.

The Lake District is something of a haven for active families, with endless miles of tree-covered plateaus and mirror-like lakes inviting hiking, cycling, rock climbing, canoeing, ziplining and plenty more. Beyond the more adventurous options there are family-fun spots such as Lakeland Maze Farm Park, and cultural attractions such as The World of Beatrix Potter, which walks you through the history of the literary legend who found inspiration in the region’s billowing hills. 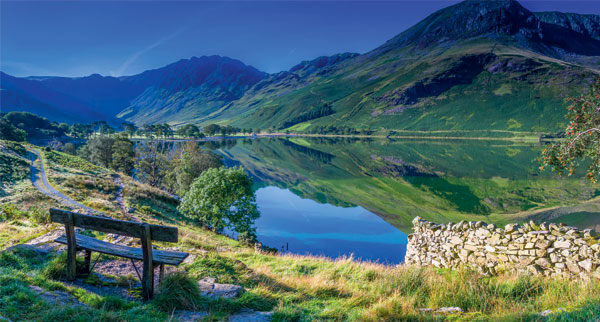 Why go: There’s plenty more where that came from in South Wales’s Brecon Beacons. Rivers to kayak, lakes to canoe and mountains to conquer – not least Pen y Fan, reaching nearly 900m – make this an excellent alternative for adventure-loving families. Attractions such as the Dan-yr-Ogof caves, Carreg Cennen Castle and Llangorse Multi Activity Centre, home to climbing walls, rope bridges and ziplines, add extra welly. There’s also horse riding, stargazing and wildlife watching to be getting on with, in case the rest isn’t enough.

Book it: HF Holidays’ four-night Brecon Beacons Family Walking Adventure starts at £498 per person on October 28, including meals, a choice of walks per day and a trip on the Brecon Mountain Railway. Under-18s go free throughout 2019-20.
hfholidays.co.uk

Or try: The Peak District brings underground caves, working farms, historic castles and a heritage railway together with hiking, cycling and wildlife trails. Suggest Landal Darwin Forest, set on the fringes of the national park, for a good-value stay with lodges deep in the woodland.

What to do on the Isle of Mull, Scotland
Dog-friendly holidays in the United Kingdom
The best of Belfast, Northern Ireland