Q.How did you prepare for the trip?
A. It was really exciting and a nice surprise as I hadn’t thought much about it after entering. The girls at work took the mickey out of me when the call came through. We were given an idea of where the photoshoots were going to take place, which helped us plan what to pack. We got a group chat going so it was
really nice to break the ice before we got to Heathrow. We flew to Miami with British Airways in World Traveller and the service was fab. We flew back  in World Traveller Plus, which was a nice way to finish the trip off.

Q.What was the best thing about the cruise?
A. I’ve cruised loads of times but it was my first with Norwegian Cruise Line. It may have been the smallest ship I’ve been on, but it had a party atmosphere, fab entertainment and the food was amazing – some of the best I’ve had on a cruise. The highlight was the sailaway party from Miami, it was one of those once in a lifetime moments. 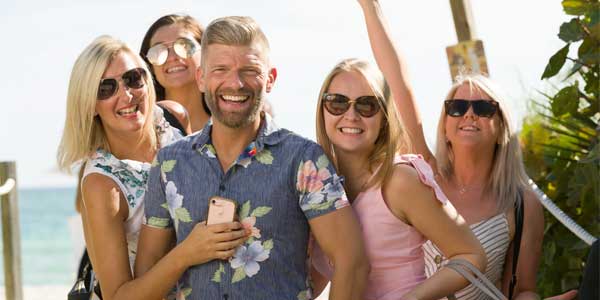 Q.Have you been to Miami before?
A. It was my first time in Miami and it was amazing. I want to go back, it was a really nice place. On the last day we went for cocktails at The Carlyle hotel on South Beach, which was really special. It was a really great finish for the trip and a good laugh. The beach was stunning, we had the last group photo there and it had incredible white sand.

Q.What did you think of the Bahamas?
A. It was very different from what I imagined and very different to the rest of the Caribbean. It feels a bit more American in a way. The sun and the scenery combined with lots of history and the people was fantastic. 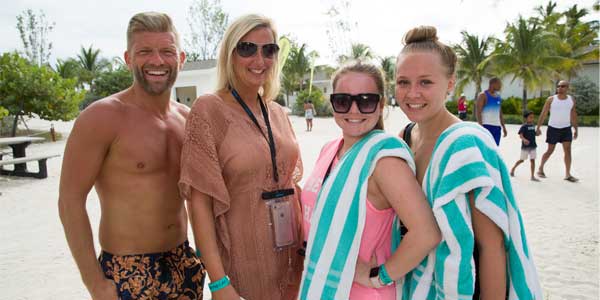 Q.What were the trip highlights for you?
A. On the first morning we were sailing into Grand Bahama. I was jet-lagged and woke up really early, so I went up on deck on my own as we were sailing in and I watched the sun come up. In Nassau we did an island tour and saw the old fort, which was really interesting, and went swimming with pigs, which was amazing. I’ve never done anything like that before. I’ve swum with dolphins once, but it was totally different.

Q.Has the trip helped you at work?
A. The trip has given me more confidence to sell the destination and cruise line and I’ve had an NCL sale since I’ve come back which is great. A twin-centre cruise to Miami and the Bahamas is fantastic. The cruises are suitable for everyone, they are good quality and have brilliant itineraries. The trip was really well organised and you really feel special. I’d like to thank everyone who made the trip possible, it was an amazing experience. 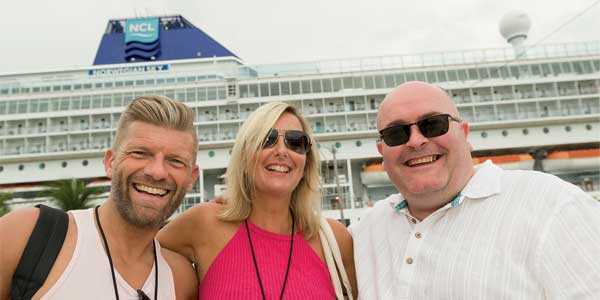 Q.How was the photoshoot?
A. The only other photoshoot I’d done before was at my wedding, so it was nerve-wracking. I was nervous about making a fool of myself. However, the photographer was amazing. My shoot was on the first day in Miami, on the roof of the Eden Roc hotel. It was a bit staged and people thought I might have been someone important. It was really good and I’d love to do it again.

Q.Did you get on with the other Cover Stars?
A. They were brilliant. We gelled straight away and it was nice to see how everyone handled the shoot. Some people were absolute naturals and a few others were nervous about it, but in the end we all really enjoyed it. We’ve all kept in touch and met up at the Globes as guests on NCL’s table at the start of the year. 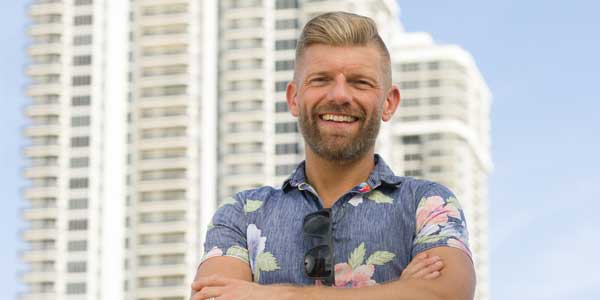 I started out in travel in 1995 at Thomas Cook in Preston. Before that I was a Saturday boy for Thomas Cook in 1994. When I left school I joined as a YTS (Youth Training Scheme), which is like an apprenticeship. I was with them for two years then left to work for an independent agency called Steps Travel in Longridge near Preston.

I like the flexibility of being independent as it gives you a wider choice of operators. I prefer selling cruise and top-end products so the trip was perfect.

I’ve been on many educationals. I did a trip to Malaysia, Borneo and Singapore all in one with Gold Medal and I’ve been to Rio de Janeiro, Brazil, which was brilliant.

I’ve always wanted to be in travel, so if I wasn’t an agent, I’d be doing something else in the travel industry.