See the Spanish city at its most vibrant with a visit during Las Fallas festival, writes Sarah Gilbert.

The acrid smell of gunpowder filled the air and I could barely see through the haze of smoke, as the explosions reverberated through my body. It felt like a warzone, but to the residents of Valencia, the mascletà means only one thing – the start of Las Fallas.

Every March, the Spanish city celebrates this age-old festival of fire with pyrotechnics, parades and street parties, attracting more than a million visitors. But what makes the festival unique is the tradition of creating giant sculptures out of papier-mâché, cardboard, wood and Styrofoam – and a mix of artistry and humour – only to set them ablaze on the final night of the festivities. In a country known for its vibrant fiestas, this is surely the most spectacular.

The mascletà is one of the festival’s most powerful symbols. It’s not a firework display – although there are the occasional blasts of colour – but a barrage of firecrackers choreographed to stirring music, and the noise level builds in intensity during the festival, reaching an ear-splitting crescendo on the final afternoon. Mini-mascletàs go on around the city but the big bang happens every afternoon in the Plaza del Ayuntamiento, the city’s main square, encircled with magnificent buildings including the town hall. 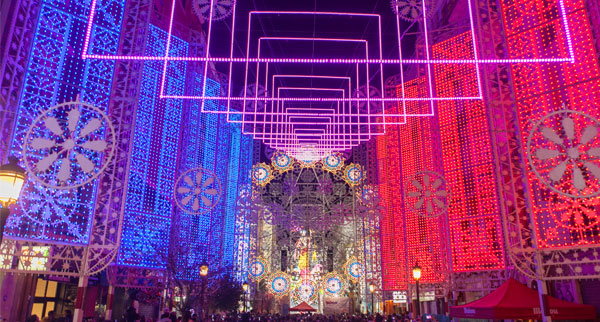 Las Fallas has its roots in medieval times with the tradition of carpenters burning the wooden candle holders they used on dark winter nights to signal the start of spring. Over time, the festival became linked to the patron saint of carpenters, St Joseph, whose feast is a public holiday and Father’s Day in Valencia. The candle holders evolved into wooden figures and, more recently, one-of-a‑kind works of art. The festival was added to Unesco’s List of Intangible Cultural Heritage of Humanity in 2016.

The word ‘fallas’ covers the festival, the neighbourhood associations and the sculptures themselves, and during the festival the city turns into an alfresco art gallery. About 400 fallas use artisans to craft sculptures that are then judged in a city-wide competition. These incredibly complex creations comprise individual figures, or ninots, some of which are the height of a three-storey building. 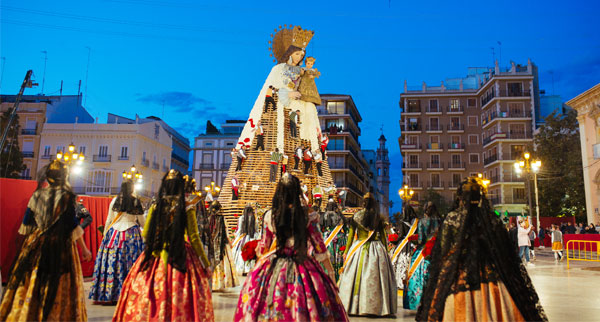 While some fallas are fashioned into fantastical scenes, many focus on the issues of the day, taking a satirical swipe at politicians or celebrities. Most are free to see – including the monumental, 26m-high official one in the main square, but there’s a small charge to get up close to the most impressive creations.

The traditional clothes worn during the festivities are as much a part of Las Fallas as fire. Female falleras don colourful, ankle-skimming, handcrafted silk dresses and wear their hair in elaborate buns studded with gold jewellery.

The outfits, which can cost thousands of euros, are at their most beautiful during the Ofrenda de Flores, an emotional parade involving thousands of members of the fallas. It ends with the offering of flowers to a towering 30m-tall statue of the Virgin Mary, installed in the Plaza de la Virgen, her robe created from red and white flowers. 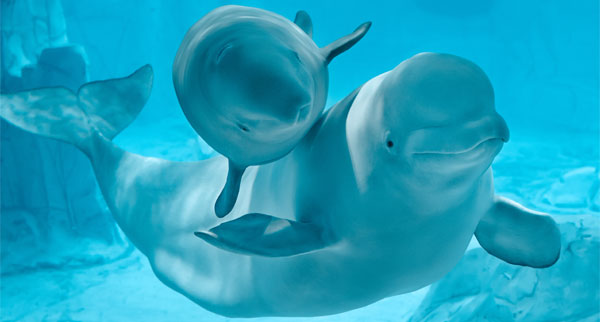 Around the festival, there was still time to explore the city. I wandered through the narrow lanes of the Old Town to the Gothic masterpiece of La Lonja de la Seda – the 15th-century Silk Exchange – and the imposing cathedral with its architectural mix of Gothic, Baroque and Romanesque, before climbing the 200 or so steps of El Micalet bell tower for panoramic views all the way to the Mediterranean.

In contrast, the vast City of Arts and Sciences is a contemporary complex designed by Spanish architect Santiago Calatrava. The blindingly white opera house, planetarium and science museum are infinitely Instagrammable, while at the neighbouring Oceanogràfic aquarium, I came face-to-face with a family of beluga whales and walked underneath circling sharks.

At the opposite end of the revamped river bed – now one of Spain’s largest urban green spaces – there’s more animal magic at Bioparc, the city’s new-generation zoo that recreates Africa in its fauna and flora. I took a stroll along the Paseo Marítimo promenade that flanks the beach, dropping in on the glitzy new marina. 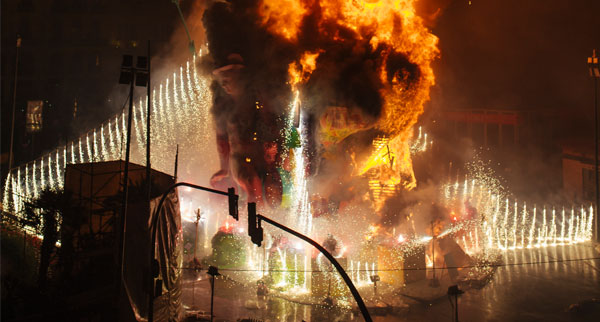 On the penultimate day of the celebrations, the Nit del Foc (Night of Fire) lights up the sky. Of the many firework displays, this late-night event – it kicks off at 1.30am – is the most spectacular, with 4,000kg of dazzling pyrotechnics exploding from the Turia Gardens and over the heads of the crowd lining the Paseo de la Alameda, to a chorus of gasps and cheers.

But it’s the final night of the festival that brings one of its wildest spectacles: the Correfoc (Fire Parade). There’s everything from people dressed as demonic characters brandishing burning torches to mechanical fire-breathing dragons parading along Calle de Colón towards the Plaza de la Porta la Mar. As a front-row spectator to this theatrical inferno, I found myself dodging flying sparks and ducking errant flames, which added to the excitement.

“The unforgettable finale is the burning of the city’s official falla in the Plaza del Ayuntamiento at about 1am.”

The final event of Las Fallas – La Cremà (The Burning), when every fallas in the city is set alight in a series of spellbinding fires – is unmissable. The fires are staggered from 10pm, allowing the crowds to move from one to another – along with numerous firefighters, including volunteers from other regions of Spain and beyond.

The unforgettable finale is the burning of the city’s official falla in the Plaza del Ayuntamiento at about 1am. It’s always the last to be set ablaze and crowds start gathering in the square hours before.

Flames began to lick at the base of the sculpture and soon it was consumed. The night air was cool but I could feel the searing heat of the fire and watched transfixed as the beautiful work of art was reduced to a wooden skeleton and finally turned to ash, all to a soundtrack of rousing music and cheering crowds – ready for the rebirth of next year’s festival. 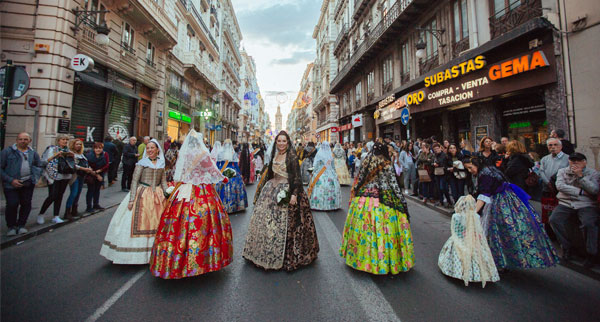 A day-by-day guide to Las Fallas

Las Fallas officially begins on March 1, but the main dates are March 15-19 and stay the same each year.

March 15
2pm: Mascletà in the Plaza del Ayuntamiento
Overnight: The fallas are erected around the city

• Paella: Spain’s most famous dish hails from Valencia, and is traditionally cooked in a large metal pan over an open fire. It often features seafood, although during Las Fallas, it’s usual to have it with chicken, rabbit and beans.

• Agua de Valencia: A potent combination of fresh orange juice and cava, this is one of the city’s most popular drinks. Another is horchata (or orxata), a sweet drink made from tiger-nut milk. For typical Valencian fare, head to the Central Market, which is home to 1,200 stalls.

Valencia airport, five miles from the city, is well served by airlines, including British Airways, easyJet, Ryanair and Iberia.

The newly opened NH Collection Valencia Colón has 47 rooms, set in a classic building in a central location. Doubles start at €165 (€210 during the festival).
nh-collection.com

Off-season escapes to see the authentic side of Majorca
Exploring Barcelona’s neighbourhoods
48 hours in A Coruña, Spain 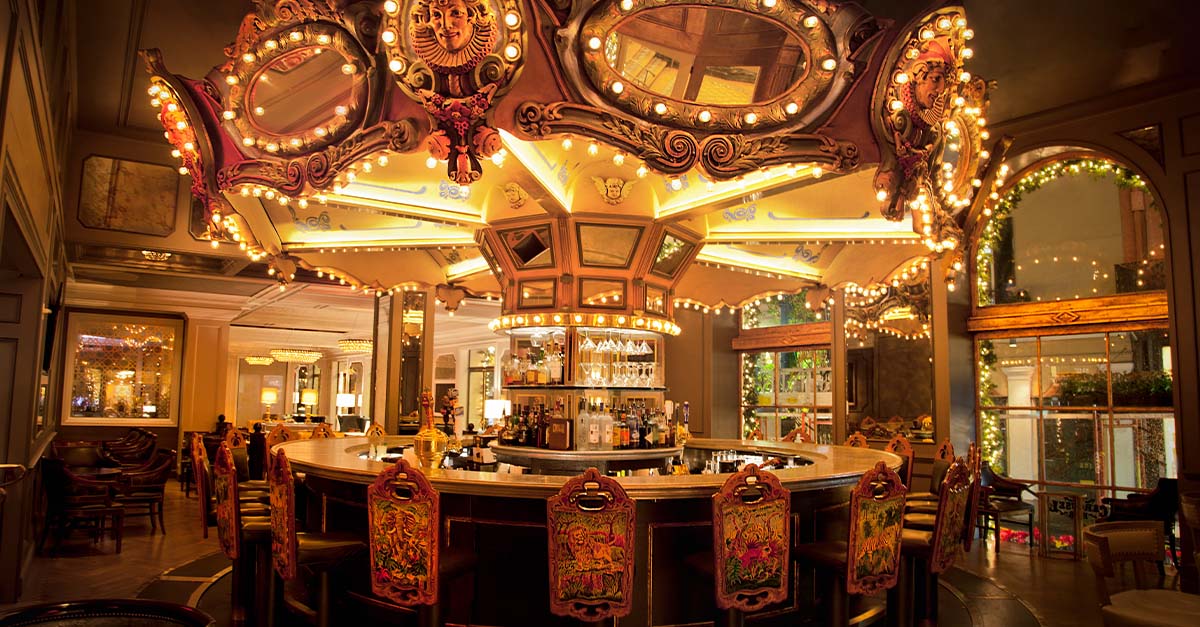 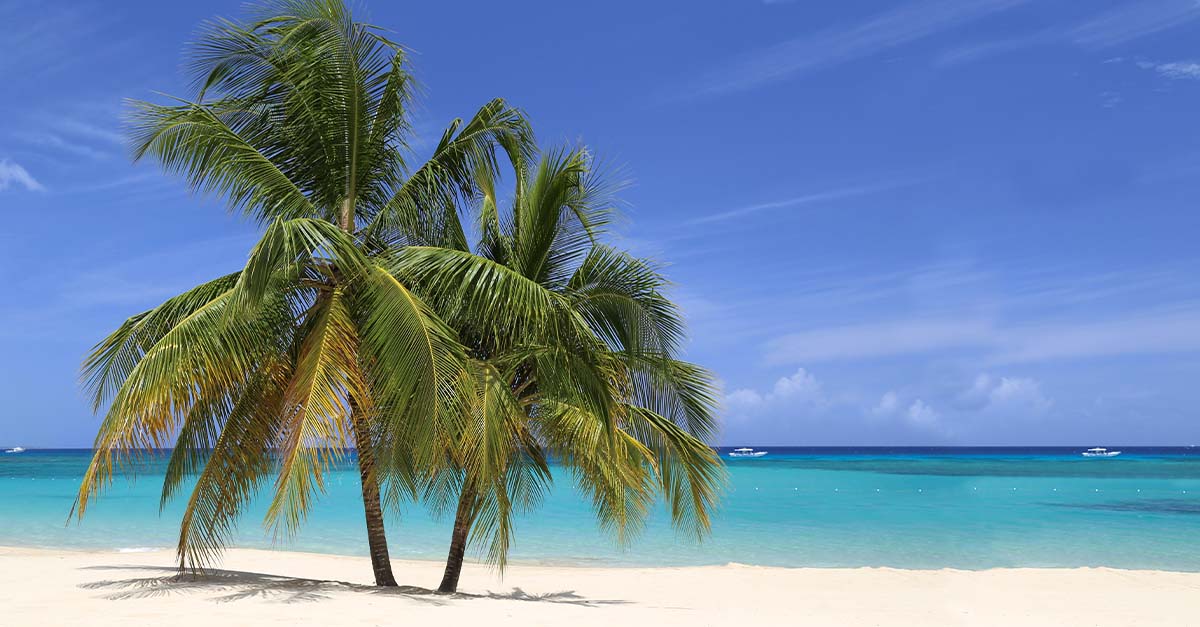 Highlights of Jamaica, a location in the latest Bond movie 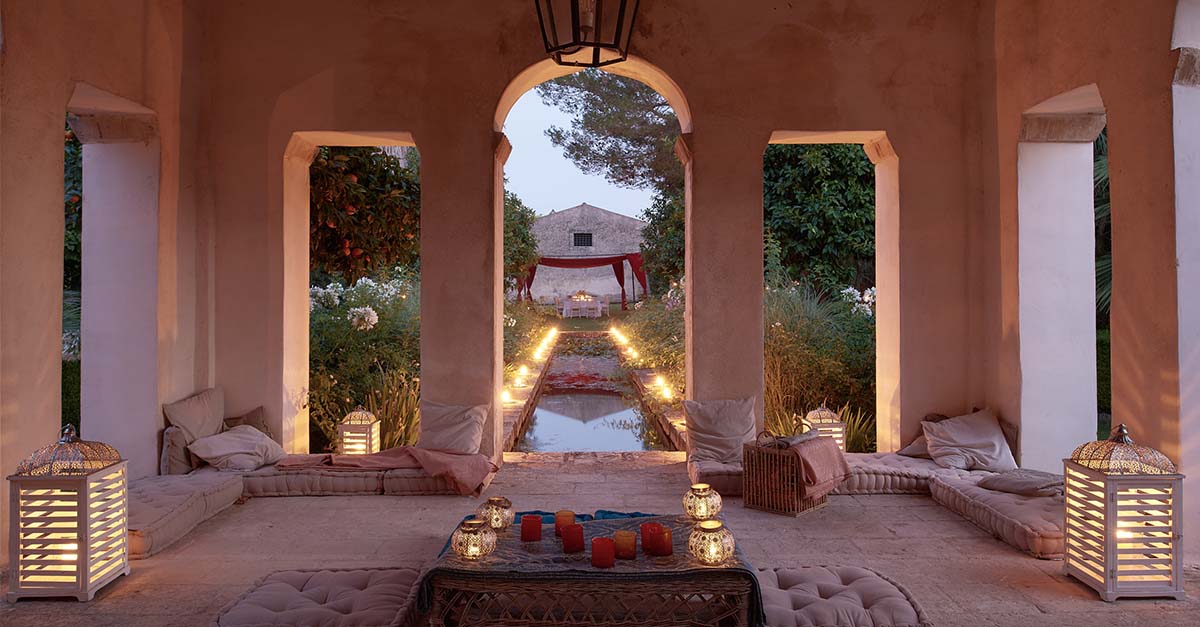 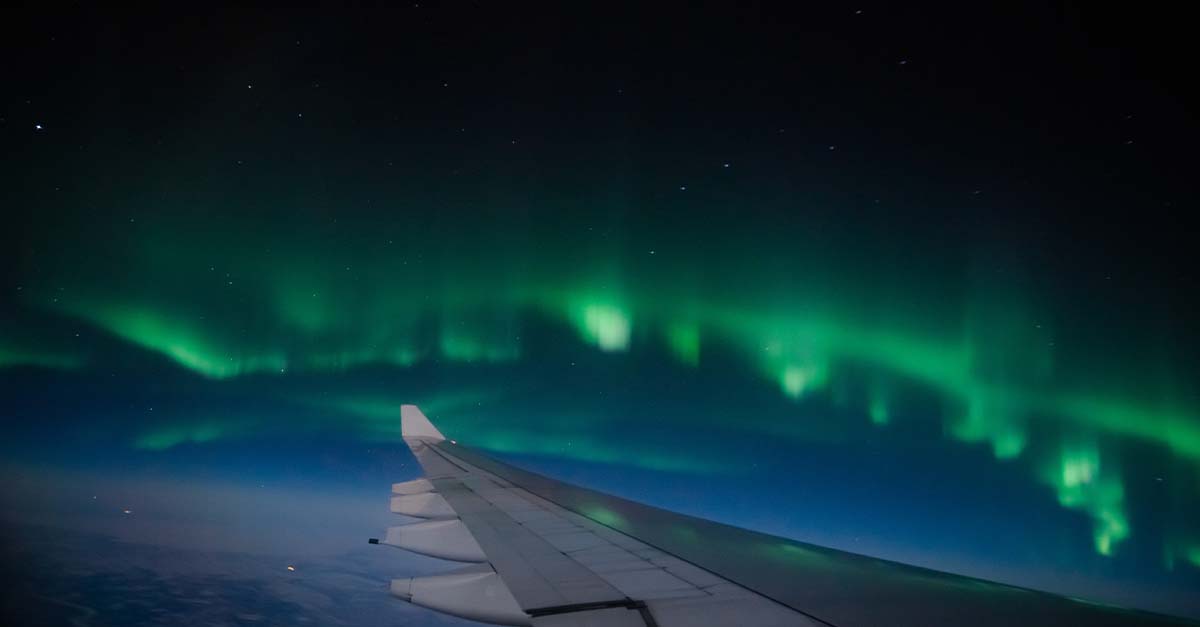 UK flights to the northern lights