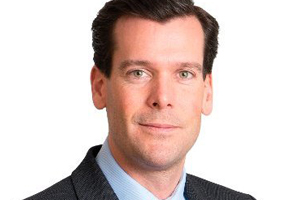 On October 7, Inflexion backed the secondary management buyout of leading online travel agents On The Beach from ISIS, and the following day Bath Travel was acquired by Hays Travel.

While the deals were signed on consecutive days, the similarities end there – the two businesses could hardly be more different.

Founded by Simon Cooper in 2004, On The Beach was one of the UK’s first genuine OTAs.

OTB was a trailblazer in dynamic packaging, quickly realising that it could generate better margins by packaging its own product than by distributing the product of other tour operators on a commission based model.

Despite operating in the fiercely competitive beach sector, with resurgent competition in the form of the “reinvented” package holidays from Tui (differentiated, exclusive, and largely all-inclusive product), the business has thrived, generating both growth and strong profit margins.

It has achieved this through efficiency and technology – investing heavily in technology, systems and the marketing expertise which enable it to acquire traffic (largely through PPC) more cost-effectively than the competition.

Having driven traffic to its website, OTB developed a flawless customer journey that manifested itself in exceptional conversion rates – put simply, they made it incredibly easy for customers to book online (with the channel accounting for more than 80% of sales), and offering online webchat and a call centre open until late seven days a week for those customers needing a little more encouragement.

These conversion rates enable OTB to acquire new customers more cost-effectively than their rivals, enabling them to outbid them if need be, and so the virtuous circle goes on.

The company’s cutting-edge business model was always likely to prove attractive to acquirers, with perhaps the only surprise being the relatively modest EBITDA multiple, no doubt a function of the fiercely competitive beach sector in which the business operates.

The similarities between OTB and Bath Travel are few and far between.

Founded 90 years ago and one of the largest independent travel agents in the UK with 60 branches across the south of England, Bath Travel is unarguably a business with its roots firmly in the 20th century.

However, in recent years Bath Travel’s star has waned – caught out by the disruptive structural changes that have swept across the travel industry over the last decade.

The internet, which enabled new-age businesses like On The Beach, Iglu.com and Travel Jigsaw to rise from obscurity to the forefront of the industry in just a few years, has also contributed to a slow and painful decline of traditional travel agents that have been slow to move with the times.

Bath Travel, still without a transactional website and with branches open 9-5 just six days a week, has fallen behind the curve.

The credit crisis and subsequent recession brought about dire conditions across the UK’s high streets, exacerbating the problems of the old world travel companies.

To add insult to injury, Bath Travel has long been one of the biggest agents in the cruise sector and was hit hard by changes in Complete Cruise Solution and following that Royal Caribbean commission structures in 2011 and 2012 (designed to deter aggressive discounting) which pushed the once highly profitable business into the red.

While all is not lost, and the recent pick-up in the consumer economy provides some welcome respite, challenges remain for traditional high street travel agents (although some, such as Barrhead Travel, have been able to make the requisite investment in technology to enable them to keep up with the times).

The value paid (not disclosed) is likely to have been modest and the combined entity will have greater scale to help Hays drive efficiencies across the two businesses, although there is undeniably plenty of hard work ahead.

There may also be additional savings to be made by moving the Bath Travel business onto the Hay’s platform (one of the CAA’s Accredited Bodies).

From a mergers and acquisitions perspective, the two deals are representative of the increasing levels of corporate activity that we are seeing across the sector.

However, we expect the bulk of upcoming deal flow to be concentrated firmly at the OTB end of the spectrum, where corporates and private equity investors are showing renewed appetite to back successful growing businesses.