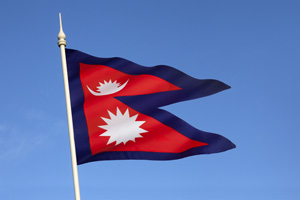 A second major earthquake has struck eastern Nepal, two weeks after more than 8,000 people were killed in a first catastrophic quake.

The latest quake hit near the town of Namche Bazar, near Mount Everest.

The US Geological Survey said it had a magnitude of 7.4 compared with the 7.8 magnitude quake on April 25 in western Nepal.

The tremor was felt as far away as the Indian capital Delhi, as well as Dhaka, the capital of Bangladesh.

Strong tremors were felt in Nepal’s capital of Kathmandu, which was badly damaged in last month’s earthquake.

People rushed from buildings in Kathmandu as the quake struck at 12:35 local time, according to local reports.

The Foreign and Commonwealth Office issued an updated travel advisory, saying: “A further major earthquake of magnitude 7.3 has taken place on 12 May. The epicentre was in a rural area near Mount Everest.

“The level of damage is not yet clear but aftershocks continue and there’s a risk of more, as well as an increased risk of further landslides and avalanches in the mountains.

“You should follow any advice provided by the local authorities. If you’re in a place of safety you should remain there. If you can leave Nepal safely then you should do so.”

The epicentre of the latest earthquake was 52 miles east of Kathmandu, in a rural area close to the Chinese border, the BBC reported.

It struck at a depth of 11.5 miles, according to the US Geological Survey.