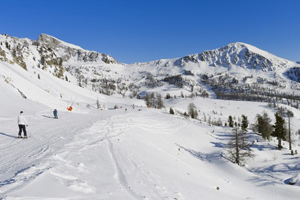 The outbound UK ski market is expected to grow by 2% to 3% this year if the Alps experience good early snow fall, according to Inghams parent Hotelplan.

But December bookings are behind schedule so the firm has issued special offers for that period to stimulate the market.

Andy Perrin, chief executive at Hotelplan UK, said: “If we get the early snow the market could certainly grow 2% to 3%. That might be overly cautious.

“There is always demand for peak weeks, it’s the other weeks that are the keystone as to if it’s a really strong winter or not.”

Perrin said January was looking strong as is March and Easter which comes early next year.

December’s issues were linked to the problems faced last year when poor early snow was followed by a deluge just after Christmas that caused chaos for travellers.

Perrin said trading to date for this winter has seen Inghams and Esprit up 5% for sales, while Ski Total is up at just 2%.

“December is off to a bit of a slow start. However, it just means early snowfall is going to be important as ever,” he said.

However, the real star of the product range is the Santa’s Lapland and an expanded northern Europe programme which is up 70%.

Perrin said this product was a real barometer of the UK economy and how confident consumers are feeling because it is a once in a lifetime trip.

The programme has been boosted by additional regional flying on routes not offered by alternative low-cost carriers, meaning customers are not able to put together their own trips independently.

As well as a general improvement in customer sentiment following last year’s general election, Perrin put down improved trading to the strength of the pound.

He said a 10 cent improvement in rates in the last nine to 12 months was “massive” and offering skiers significant savings in resorts.

Taking a typical ski holiday shopping basket, Perrin said a couple this winter will save £54 on costs against last winter and £136 on two winters ago, savings that can be doubled for a family of four.

“The value of the pound is huge for us. We can already see the impact of it in terms of people’s experiences [in resort] last year,” Perrin said.

Another trend that Perrin believes is benefitting operators like Hotelplan is a move back towards packages, particularly for complex holidays such as ski.

“Customers nowadays do everything themselves. It’s self-service versus full service. Service is stopping in so many areas of our lives.

“People do like when they go away on holiday to say I have had enough of doing everything myself, what I want for a brief period is for someone else to do it for me.”

Last year’s ski market was estimated to have grown marginally by 1% or 2%, said Perrin who was urged scepticism about figures from rival operators claiming much higher growth.