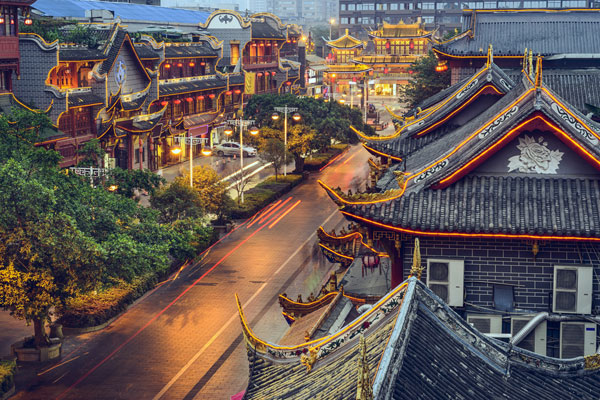 Chinese carrier Tianjin Airlines will fly an Airbus A330 to Chongqing and Tianjin twice a week from June 25.

The year-round service will be the UK’s first direct flights to Chongqing – one of the world’s largest urban centres and a major manufacturing and transportation hub in southwest China.

The aircraft will then continue to China’s fourth largest city, Tianjin.

The new Gatwick flights will depart every Wednesday and Saturday evening at 10.25pm.

Robert Chen, Tianjin general manager for the UK, said: “A pricing penetration strategy will be adopted by Tianjin Airlines to win the UK market.”

The move follows Birmingham airport confirming the start of flights to Beijing and Shanghai by Beijing Capital Airlines from July 19.

Tianjin is located in northeast China and is the major gateway port serving the capital Beijing.

Gatwick chief commercial officer Guy Stephenson said: “By flying into two of China’s most important economic centres, Gatwick is providing vital direct connections for UK business people into some of the most exciting growth markets on the planet.

“Tourists from both the UK and China will also benefit, as will non-exporting businesses located in the UK as Chinese visitors are some of the highest spenders.

“The number of tourists from China also grew almost 40% last year alone and these numbers are only going to rise.

“We have ambitions to double the spend from Chinese visitors to £1 billion by 2020 and making it easier for them to get here is obviously a really important step in increasing our competitive tourism offer to this rapidly growing market.”