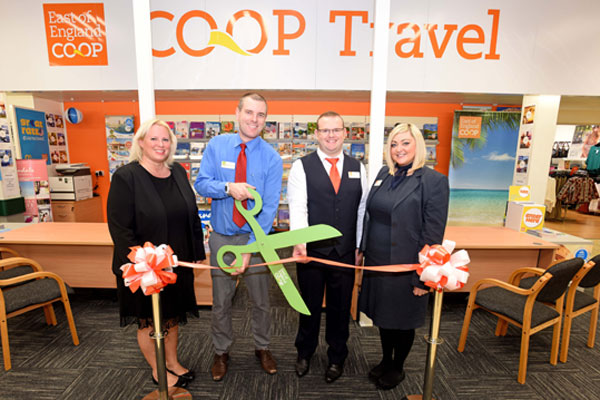 Independent agents across the UK are hailing the high street’s enduring popularity after expanding their bricks and mortar presence.

Travel Weekly has this week spoken to four travel agencies that have either opened new shops or moved into larger premises on the back of growing demand.

Midlands-based chain Millington Travel reported record sales for its newest shop in Melton Mowbray as it continues to grow at a rate of three branches a year.

The store is the third new branch to open since last August, following the opening of branches in Kettering and Nuneaton.

Nigel Armitage, managing director, said: “Within the first six weeks the shop has smashed a few sales records. The town was crying out for an independent agency and this has started really well.”

Prior to that, the group opened three branches during the previous 12 months.

Meanwhile, in Essex, the East of England Co-op opened a new travel branch within its supermarket in Halstead last week.

The shop, which employs three members of staff, took just under £27,000 in its first week of trading.

Travel manager Caroline Thorne said: “The industry as a whole is seeing more people returning to the high street to book holidays. Our focus is on having physical travel branches, rather than online sales.”

The shop, located next to a Thomson outlet in Orchard Shopping Centre, is three times the size of the previous store. It has two bureau de change desks, employs five staff and plans to recruit more in the near future.

Morgan said: “The number of new clients we’ve attracted in the first week is really pleasing.

“All those people that said high street agencies were dead – they couldn’t be more wrong.”

In Hampshire, Alresford Travel is due to move in October into larger premises just five doors from its current location to keep up with demand.

Owner and founder Paul Gilmour, who started the business in his bedroom 10 years ago, said sales were up 11% year on year.

He will employ a fourth member of staff at the new shop.

John Hays, managing director of Hays Travel, said expansion plans were on track despite earlier fears that Brexit may cause the company to be more “cautious” in future.

Hays has just signed shop leases for three branches, in Halifax, Torquay and Plymstock, and is poised to sign four more.

Are you opening a new shop or have plans to expand? Email amie.keeley@travelweekly.co.uk