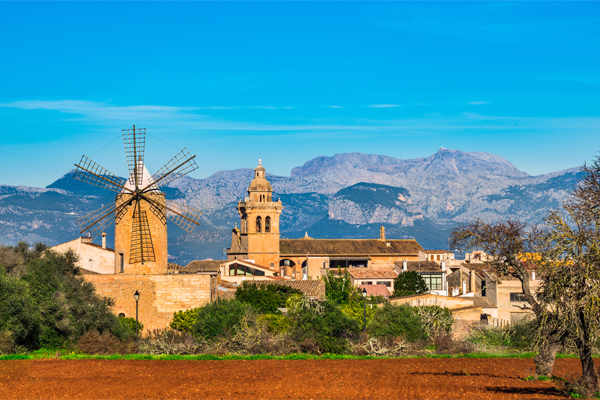 From talk of flight shame and single-use plastics to the latest exploits of Greta Thunberg and Extinction Rebellion, environmental concerns have become a firm fixture on the news agenda and a key concern for consumers. But what are destinations doing to turn the talk into tangible action?

The Balearic Islands government has a history of tackling big issues head on, as demonstrated by its clampdown on alcohol at all‑inclusive hotels, and its introduction of a sustainable tourism tax in 2016 was no different.

While many destinations have imposed a tourism tax, the Balearics’ is levied with the specific aim of investing in initiatives that alleviate the negative effects of tourism across Majorca, Menorca, Ibiza and Formentera, often in areas of the islands that holidaymakers may not visit.

Vicente Torres, of the Balearic Islands tourism strategy agency, tells me the tax was brought in to ensure visitors contribute to the “recuperation of the natural environment”, with the funds spent on historical and cultural projects.

“The Balearic Islands government has a history of tackling big issues head on, as demonstrated by its clampdown on alcohol at all‑inclusive hotels.”

At the time of its introduction, the reaction from UK trade bodies was robust: Abta urged a rethink, and Clia warned that cruise lines would reduce visits to the islands. Torres acknowledged that local hoteliers didn’t much appreciate the introduction of the tax either, fearing it would make the Balearics less competitive. However, he says time has shown that this has not been the case.

The tax is levied at a rate ranging from 25¢ to €4 per adult per night, depending on the season and standard of accommodation. It has all added up to a substantial amount – both for holidaymakers and for the government – with €104 million raised in 2019 and €270 million since the tax’s inception.

Having invested in 170 initiatives during that time, with more in the works this year, could this proactive approach to rehabilitation and conservation be a selling point to environmentally aware clients? I visited Majorca and Menorca to take a look at some of the projects up close. 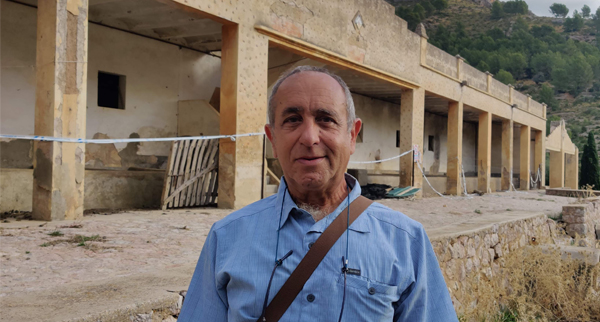 Passing through Palma’s busy airport, it would be easy for visitors to be oblivious to projects taking place just metres away. In Pla de Sant Jordi there are more than 1,000 windmills, typically consisting of a stout limestone base and colourful sails.

Given this sun-drenched island’s absence of rivers but wealth of underground streams, the mills were crucial for farming in years gone by. But with much of Majorca’s food now imported, most have fallen into disrepair, their rusted and broken remains littering the landscape.

I meet Toni Bestard, whose family have lived on the land for more than a century. He tells me that windmills form part of the heritage of the island, and beams with a quiet pride at the opportunity to restore his land to its former glory, with his own mill painted resplendently in red and blue. A grant of up to €15,000 is available to fund labour, while the cost of traditional materials is met by the landowner.

Half-an-hour’s drive from island capital Palma, and a world away from any high rise resorts, the Unesco listed Tramuntana mountain range is home to the highest peaks in the Balearics. Nestled among its hills, the Ses Porqueres de Galatzó building was originally constructed as a pig shelter before falling into disrepair.

“It’s an impressive sight, especially as the technology dates from Moorish settlers in the 10th century, restored with the help of €780,000 from the sustainability fund.”

Project leader Pep Toni talks me through his grand design, explaining that the renovation will create a hostel-style refuge for hikers and cyclists exploring the nearby trails. With 52 beds across 12 rooms, in addition to dining facilities, the project aims to boost the island’s appeal for active holidaymakers and promote low season tourism. The area’s protected status prohibits new buildings, hence the importance of renovating existing ones. It’s a big job, requiring a hefty €1.4 million from the tourism tax to fund this renovation. 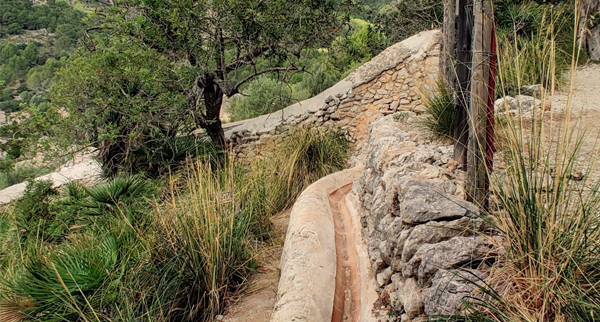 A short stroll further up the hillside, we come to an irrigation system that delivers water from a spring more than a mile away to terraces where olive and fruit trees ripen in the sunshine. It’s an impressive sight, especially as the technology dates from Moorish settlers in the 10th century, now restored with the help of €780,000 from the sustainability fund.

The first step involved shoring up the crumbling dry-stone walls, followed by restoring water channels that feed a reservoir. Specialist skills are needed, and the project has created jobs by training locals in traditional techniques. At the foot of the terrace, a kaki (persimmon) tree offers a glimpse of what is to come, producing succulent fruit that tastes like a sweet kiwi.

Back on the better-known tourist track, Alcudia’s old town is a maze of sleepy streets encircled by 14th-century walls, sections of which had fallen into disrepair.

Some parts had collapsed completely, while those that remained standing were overtaken with plants or graffiti. Following funding to the tune of €442,000, the medieval magnificence of the walls has been restored, with modern bridges linking previously inaccessible parts. Visitors can now stroll safely along while peering between the rooftops and looking out to Pollenca harbour. 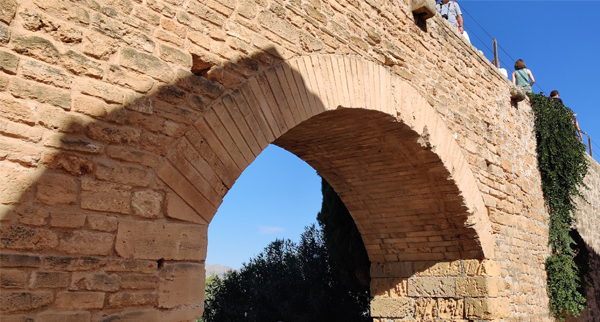 Three of the best sustainable projects for 2021

Ibiza: A Unesco-listed Phoenician settlement is due to be updated with a new visitor centre explaining the area’s history.

Balearics: A new app is set to help holidaymakers learn about and protect the area’s marine ecosystem.

Menorca: The restoration of San Diego Convent will provide a base for a new gastronomy centre showcasing Menorca’s culinary traditions. 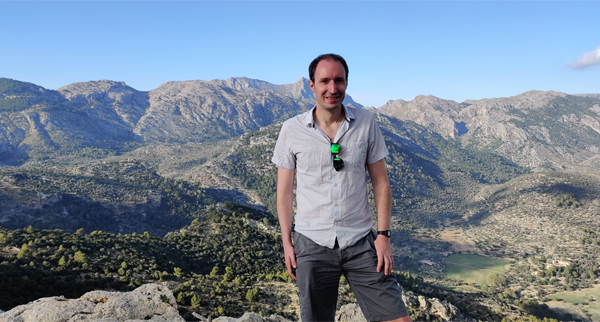 Arriving in neighbouring Menorca, I’m immediately struck by the relaxed pace of life: the capital, Mahon, has a small-town feel in stark contrast to the bustling Majorcan metropolis of Palma. The comparative lack of development stems from the two islands supporting different sides during the country’s civil war in the 1930s.

After his victory, nationalist dictator Franco sought to punish republican supporters by withholding public funds, so while Majorca went through a high-rise development boom during the 1960s, Menorca remained relatively untouched.

It may have been a blessing in disguise. My guide Laura explains that Menorcans are happy with the island’s quaint and rustic way of life, summed up by the phrase ‘poc a poc’, or ‘little by little’.

Little by little is indeed how the restoration of the Camí de Cavalls path has been progressing since the project began in 2016. The 115-mile bridle path encircles the island’s rocky perimeter and was originally constructed during the 13th century French occupation.

“The hefty limestone tower conjures up images of cannon balls being fired at invaders, and was one of eight on the island built by the British during the 18th century.”

It now attracts walkers with dramatic coastal views set against a backdrop of forested hills en route to secluded beaches. If tackling the full distance sounds a little too ambitious, the path is broken down into a chain of 20 shorter walks, offering plenty of enticing options for an enjoyable day.

Paving a two-metre-wide cobbled path in traditional Roman style costs around €250 a metre, with some areas so remote that materials have to be flown in by helicopter. Besides the logistical challenge, another has been getting workers up to speed on traditional methods. 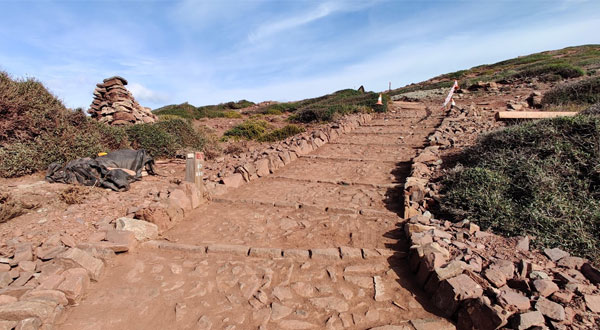 Just off the Camí de Cavalls, and north of Mahon, the sustainable tourism tax is also funding the restoration of the Torre de Rambla defence tower, which looms on a rocky outcrop overlooking the azure waters below. The hefty limestone tower conjures up images of cannon balls being fired at invaders, and was one of eight on the island built by the British during the 18th century, similar to others built in Ireland and elsewhere around the same time.

Miquel Angel Maria Ballester of the island’s council describes it as a “romantic restoration”, the aim being not to open up the tower for use but to preserve its current state and prevent further deterioration.

Having seen how much pride and passion goes into these projects, it seems restoring the islands’ most important heritage spots really is a labour of love.

“British tourism is essential for our islands and the UK is our second-biggest source market in terms of visitor numbers. The tourism industry accounts for around 35% of our islands’ GDP and it is essential that we bring visitors back. However, our ambition is to do so in a sustainable way, continuing to roll out sustainable initiatives to counteract any negative impacts. Our visitors have directly helped us fund a huge number of projects to promote ecotourism, preserve the environment and restore our cultural heritage.

“We look forward to bringing back our loyal UK visitors. It is encouraging to read that millions of people are being vaccinated every week and the vast majority of the adult population will be vaccinated by July. We know our islands are valued in the UK in terms of our proximity, air connections, tourism infrastructure, quality, price and climate. We are working hard behind the scenes to ensure a safe return to tourism so we are ready for when British visitors are able to travel once more.”

The best things to see, do and eat in Corfu Town
Discover the contemporary appeal of the Portuguese island of Madeira
Five of the best sustainable projects around the world