Hundreds of travel agents attended last week’s Travel Day of Action to lobby the government for a restart of international travel and tailored financial support for the sector. Juliet Dennis hears some of their personal stories of how they’ve battled to save their businesses in the midst of Covid

World Travel Lounge (picture above) brought half of its workforce to London on a six-hour coach journey in order to support the Travel Day of Action.

In total 25 staff from the agency chain, based in north-west England, travelled down to the capital by coach to make sure their voices were heard at the lobby outside parliament. All seven branches were shut for the day so that staff could attend.

Managing director David McDonald said staff – some of whom are currently on furlough or flexi-furlough – were adamant they wanted to support the event.

“We made it a bit of a party on the bus and we stopped for breakfast on the way so it’s been a good journey. It’s an 18 hour day for us but everyone wanted to come here to fight for our wonderful industry and for our jobs,” said McDonald.

“It’s great to see the diversity at the protest with all the different sectors of the industry represented. I am hopeful they will listen to us now.”

McDonald said his agency, like many others, needed financial support to survive until clients could travel again and the sector was back on its feet.

“I have had sleepless nights and my staff rely on me as managing director to get through this. On the flip side, looking after my staff is what gets me out of bed every morning,” he said.

He believes a change in the quarantine rules could save the summer for many agents but only if the government sticks to it.

He said: “If vaccinated passengers are allowed to travel that would see us through the summer although there is still a fear among customers that things will change a week or two later; it’s become a standing joke. My worry is the general public won’t believe it if the government says it is reducing quarantine.”

The end of furlough at the end of September is significant and will be a time to make serious decisions about the business if the industry has not begun to recover, he admitted.

He said: “We just need some financial support to see us through. We have built the cost of furlough into our business, although not ideal, and we have enough cash until furlough ends but that is when we will need to look at the structure of our business.” 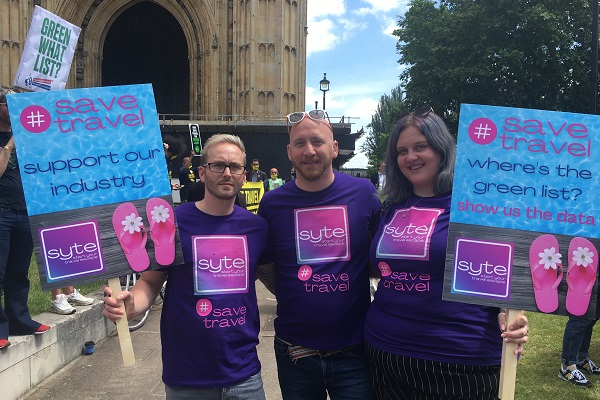 The directors of a new youth tour operator have taken on extra part-time jobs to survive the current crisis.

Student & Youth Travel Escapes (Syte) was set up at the end of last year by former STA Travel branch manager Arron Mitchell last September and has an Atol for 1,000 passengers in its first year.

But as a result of the pandemic, both Mitchell and co-director Matt Chamberlain are dividing their time between working on the new business and working other jobs to keep themselves afloat. Neither are currently taking a wage from the new business.

Mitchell is working part-time to take bookings online for a vaccination centre while Chamberlain is working eight hours a week at a Morrisons petrol station and has a part-time job as cabin crew for Virgin Atlantic, when there is work.

Mitchell said: “We want to keep as much money as we can in the business so working for the vaccination service is an opportunity to earn some money and means I don’t have to take a wage out of Syte at the moment.”

Chamberlain admitted the pandemic had made him question why he worked in the sector, adding: “The retail [food] sector has boomed through this but as much as I need to spend more time in Syte to get passengers booked, I cannot afford it. I am now splitting myself between three jobs and working up to 70 hours a week.”

The company also has a former STA Travel manager working as a travel designer to take bookings but can only afford to pay her to work part-time at the moment.

Alice Bolton said she had already been forced to survive without any income after losing her job at STA Travel, before joining Syte. “I didn’t think I’d be able to go back into travel so I feel lucky the chance came up to work at Syte after STA collapsed out of the blue. We didn’t get paid our wages at STA and had to claim redundancy from the government but it was two months before that came through,” she said.

Andara Travel is in the process of shutting its retail shop and relocating to work from home.

Directors Dave Allen and Sandra Mutter, who both attended the lobby day at Westminster, were confident their agency would survive, but admitted the Covid pandemic had taken its toll, forcing them to scale down the business and make five staff redundant.

The travel agency in the south of Birmingham is in the process of closing its retail premises based in a barn in the countryside.

You have to do what you can to save the business, in the hope that in 2022 things will start to improve

Allen said: “We are confident we will get through this but it will be a different business to when we started. It will be a smaller business, more upmarket and more bespoke. We will take less mass market bookings; experiential travel is where the future is.”

As a result of the downturn in cash flow, Allen said the business had been forced to make difficult decisions because even with the government’s furlough scheme, staff costs were still high.

“Under furlough, you still have to pay National Insurance and pension costs. We have no choice with no revenue but to shut the shop. You have to do what you can to save the business, in the hope that in 2022 things will start to improve,” he said. 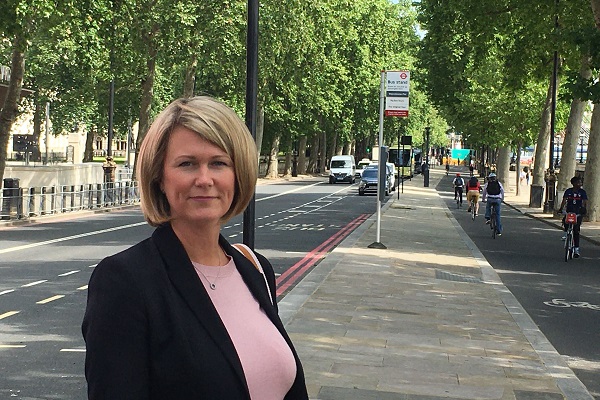 Peakes Travel Elite managing director Claire Moore described the “low point” of the pandemic as when the business was forced to shed half its workforce.

In July last year, the high-street agency in Shrewsbury made seven of its 13 staff redundant.

Speaking at the Travel Day of Action, Moore said: “That was a total low point. There are now six of us. It’s been a real struggle. Frances (Peake) and I haven’t taken a salary since the pandemic begun.”

Moore stressed the need for urgent financial support, with many travel agencies on the verge of collapse.

She said: “If we don’t get a support package lots of us will not be here much longer. It is so crucial and it needs to happen soon. We are ok at the moment as we have bumper retained profit.

“We are now collecting September balances but some people are not paying and some are cancelling or rebooking.”

Moore met the Shrewsbury MP Daniel Kawczynski in Westminster on the Travel Day of Action to talk about the challenges facing the industry, specifically the financial issues which face the trade from July to September when furlough costs increase for businesses.