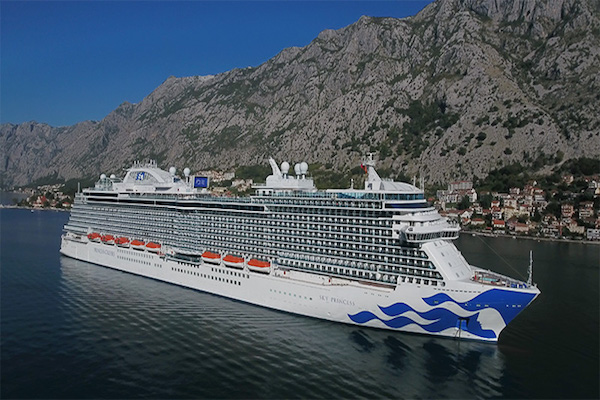 Princess Cruises has revealed what productions UK passengers will have the chance to see on Regal Princess and Sky Princess this summer.

The line is offering three to seven-night round-trip cruises out of Southampton between July and September. Stops include Liverpool, Belfast and Greenock.

The line’s newest production, Rock Opera, will be part of Sky Princess’ entertainment programme this summer.

The show, created exclusively for Princess, debuted on the 3,660-passenger ship in late 2019 and stars West End performer  Ross Hunter, who has appeared in We Will Rock You and The Book of Mormon.

Other entertainment will include a live jazz trio in Sky Princess’ Take Five music venue and films shown on the 300-square-foot Movies Under the Stars screen.

Princess Cruises said more details of the ships’ entertainment programmes would be revealed later this month.

Tony Roberts, UK and Europe vice president, said: “We are thrilled to announce that some of our most popular theatre productions will return on our MedallionClass ships for these ‘Summer Seacations’, bringing West End quality shows to our guests.

“Keep an eye out as we will be announcing further details of our ‘Summer Seacations’ entertainment programme later this month.”