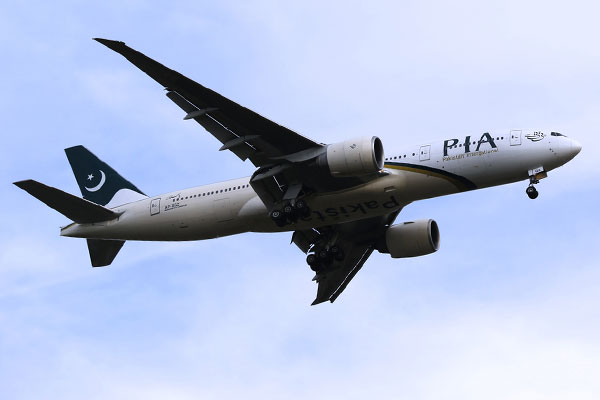 RAF fighter jets were scrambled to divert a Pakistan International Airlines aircraft to Stansted after reports of disruption on board and an anonymous telephone threat.

The Heathrow-bound Airbus A330 from Lahore was escorted to Stansted where an alleged fraudster on the flight was arrested.

Essex police said that the aircraft had been diverted after “reports of a disruptive passenger on board” but added that it was not believed to have been linked to terrorism or a hijacking.

The airline said that the UK authorities had “received some vague security threat through an anonymous phone call”.

Scotland Yard said that its officers had carried out the arrest, which had been planned for Heathrow, at Stansted but neither Essex police nor the Met would confirm whether the man had been the cause of the diversion, The Times reported.

The Quick-Reaction Alert Typhoon aircraft from RAF Coningsby in Lincolnshire made the intervention at about 3pm yesterday.

A PIA spokesman said: “All passengers on board are safe and being looked after at PIA’s local management.”

Other passengers were taken by alternative routes to Heathrow and other destinations.

Stansted remained open as usual during the incident with the PIA aircraft held at a remote part of the airport.