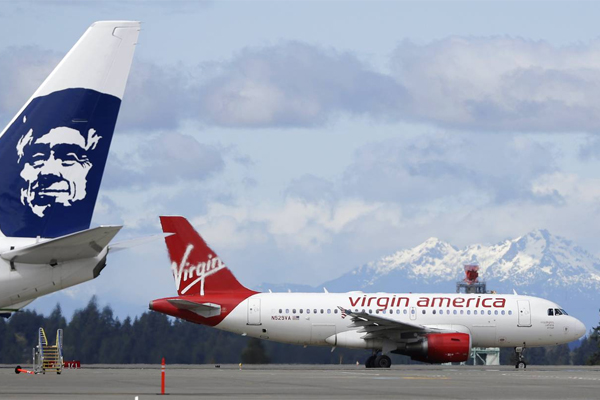 The Virgin America brand is to disappear following its takeover by Alaska Airlines.

The decision to drop the Virgin name from the US domestic airline came after “careful consideration”.

The combined carrier will adopt Alaska’s name and logo, retiring the Virgin America name in 2019.

However, enhanced in-flight entertainment, mood lighting and music introduced by Virgin America will be retained.

“While the Virgin America name is beloved to many, we concluded that to be successful on the west coast we had to do so under one name – for consistency and efficiency, and to allow us to continue to deliver low fares.”

Chief executive, Brad Tilden, said: “Our goal from the very beginning of this merger was to become the go-to airline for people on the west coast, with low fares, convenient flights, a premium product and genuine, caring service.

“Three months in, we’ve dramatically grown our presence in California and are united behind a new purpose: Creating an airline people love.”

Alaska Air has been expanding the airlines’ newly combined networks since completing the merger in December.