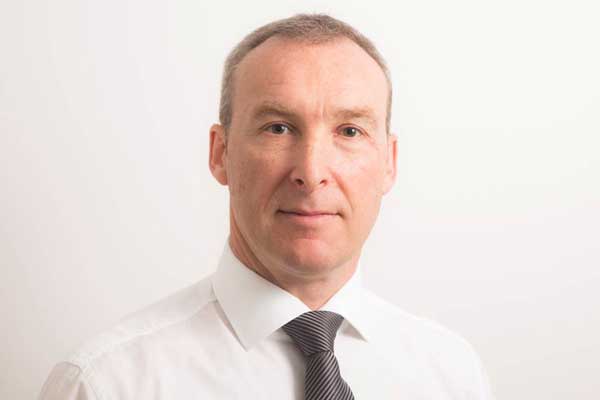 Richard Calvert takes over as chief executive of Shearings Leisure Group this month. He is joining the Wigan-based operator after five years as president and chief executive of Celebration Travel Group in Boston in the US, but is perhaps better known for his time as managing director of Thomas Cook’s tour operations in the UK from 2008-11.

He says many people seemed surprised when it was announced he was joining 100-year-old Shearings, but he is quick to point out there is a lot more to the operator than just a 270-strong fleet of coaches.

“People think I’m joining just a coach operator. The core of the business is coach holidays and Shearings is damn good at that, but it’s also touring, cruising, hotels and retail. It’s a really interesting business with huge potential,”  says Calvert.

These include Shearings Holidays, which offers UK and European breaks, escorted touring and river cruising. It also owns National Holidays, which carries over half a million passengers on UK and Europe breaks, often linked to events and sporting occasions; Caledonian Travel in Scotland; two hotel chains – Bay Hotels, which has 29 properties, and Coast & Country, which has 16; and eight retail travel agencies in Yorkshire, operating under the Wallace Arnold brand.

Shearings Leisure Group has been 100% owned by Texan venture capitalists Lone Star since April 2016 and Calvert has been brought in to grow the business.

“I see this as a massive opportunity. It’s a fantastic brand – everyone has heard of Shearings. It has a team with an encyclopaedic knowledge of the products it sells and an incredibly loyal customer base. I want to harness all of these core things to really grow the business across all the sectors in which we operate,” says Calvert.

He has started by strengthening the management team by bringing in SuperBreak international sales and marketing director Jane Atkins as strategy director. It’s a new role and Atkins will join next month.

Calvert explains: “We have a phenomenal repeat rate of more than 50%, but part of my job is to acquire new customers who may be attracted to existing product lines they perhaps didn’t know about, as well as new product lines.

“Jane has a fantastic track record and experience in the travel industry and with the trade, so I am bringing her on board to support me with a variety of strategies that we’re going to put in place.”

Calvert wants to raise  awareness of the group and all its product lines. He says he will do this by significantly increasing marketing activities via agents, online and direct.

“Some of our brands and products are hidden gems – people just don’t know about them. Shearings customers are an older demographic, but it’s the fastest‑growing as people are healthier and live longer,” he says.

“A lot of the brand is untapped – and I want to make sure they know we have a massive range of product. Some of this will be quite simple things such as direct advertising on the coaches, interchange terminals and at the group hotels.”

Calvert also wants to better educate the trade on the depth of the group’s portfolio – river cruising and escorted touring, to name a few – and wants to create stronger trade partnership and engagement through fun initiatives and events.

He says: “A quarter of all Shearings Holidays are sold through the trade – we want to really ramp that up and re-educate agents on the depth and breadth of the Shearings Leisure Group product range.”

He is also keen to add more tours in Europe. “We are really strong to Lake Garda and Lake Como, but we could also be offering other places that are popular with affluent, mature travellers, such as air holidays to Malta, Madeira and Cyprus,” says Calvert.

And he sees no reason why Shearings couldn’t offer long-haul, worldwide touring, to destinations such as California, Vietnam, Cambodia and New Zealand, to meet the demand of this discerning demographic.

Currently, customers who travel to Europe on tours with Shearings have to travel with another company if they want to go farther afield, which doesn’t make sense to Calvert.

Calvert says the operator’s products need to be displayed better and he wants to encourage user-generated content from customers travelling on Shearings Leisure Group holidays.

“Currently there are very few of our customers’ own photos anywhere on our points of sale” he says. “This will change, as authenticity is the future.”

Calvert also wants to increase awareness of its two hotel chains and market them to coach, self‑drive, corporate, wedding and overseas guests.

“We need to attract a much greater mix of customers to them.”

In terms of the eight retail shops, Calvert says: “They are members of Advantage and are all profitable. I need to look at how we can strengthen our own retail presence. Nothing’s off the table.”

Calvert is keen to create a greater level of excitement about Shearings Leisure Group and its products.

“I want to drive a growth culture and new customer acquisition will be core to this, as well as increasing our level of repeat customers, which is already very high.

“It is about driving innovation and investment in everything from our systems and product to our services and processes,” he says.

What is your favourite film?
Shawshank Redemption

What book are you reading?
Nick Robinson’s autobiography

Which three people would you invite to a dinner party?
Gareth Edwards, Michael Parkinson and Peter Kay

What is your favourite-ever holiday destination?
Patagonia

What’s the trait you most deplore in yourself?
Impatience

What’s the trait you most deplore in others?
Waffling

What would you do if you weren’t the chief executive of Shearings Leisure Group?
I’d probably be unemployed – or a ski instructor. So pretty much the same thing!

Tell us a fact about yourself that people don’t know.
I went on holiday for a week in 1987 and came back 15 years later.