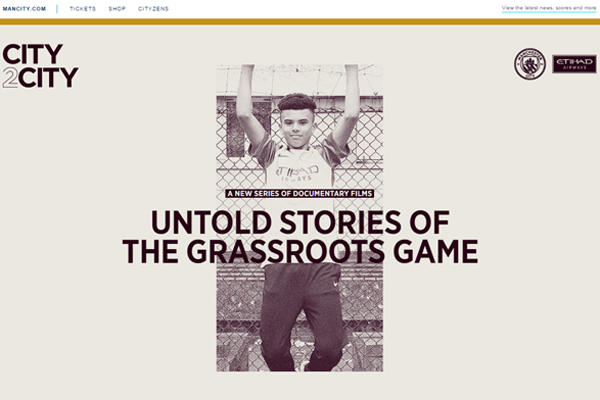 Etihad Airways has teamed up with Manchester City to shine a light on untold inspiring grassroots football stories at the airline’s gateways cities.

In new digital video series City2City the stories of aspiring young footballers from Beijing, New York, Paris and Mumbai will be told in a bid to explore how football inspires, motivates and shapes young lives.

The cities are all important destinations on the Etihad network.

Patrick Pierce, Etihad Airways vice president marketing partnerships, said: “We are proud to produce a four-part series highlighting the positive social contributions football can make in local communities. We are also committed to supporting the development of youth football globally by encouraging young male and female athletes to pursue their goals in sport and in life, and to contribute positively to their communities.”

Tom Glick, City Football Group chief commercial officer, added: “Stripping football to its core, City2City showcases the simple purity of the grassroots game and the bonds of friendship, inspiration and teamwork which can be found in the world’s favourite sport.”

The series has been filmed by youth media brand VICE Media.