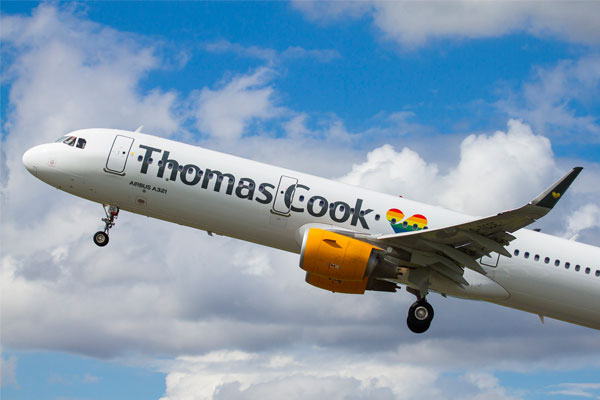 Operators have run a series of rescue flights to evacuate British holidaymakers from Cuba and Florida after Hurricane Irma struck the region last week.

Four Thomas Cook flights landed in Gatwick and Manchester yesterday with a further three due back today.

The operator said: “All of our efforts are focused on bringing our customers home safely as soon as possible. We continue to work towards full evacuation of all customers in Varadero by the end of Friday 15 September.”

But Thomas Cook added: “Some of our flights have been delayed due to technical faults that have had knock-on effects on aircraft and mandatory catering availability.

“Our resort teams are providing customers with details of their scheduled departure and customers will also be contacted by SMS or email. We ask again for your patience and understanding as we carry out the evacuation.”

All Thomson and First Choice holidaymakers were evacuated from Cuba on three flights to Manchester and Gatwick yesterday.

Thomson said: “We recognise the impact Hurricane Irma has had on their holiday and the local area and understand what a frightening experience it will have been for them.

“We are offering support to anyone affected from our independent expert, the Centre for Crisis Psychology.”

The Foreign and Commonwealth Office confirmed that Havana and Varadero airports re-opened on Tuesday, allowing Thomas Cook and Thomson flights to start flying British holidaymakers out of Cuba.

“Thomas Cook has set up hotline numbers for affected Thomas Cook customers and concerned family and friends,” the FCO said.

“Most areas do not have mains water supply or electricity, so extra care is needed during hours of darkness.”

Thomson cancelled outbound flights from Gatwick to Varadero due to depart today and next Thursday together with all flights for Manchester to the Irma-damaged Cuban resort area of Cayo Santa Maria until November 14.

The next scheduled Thomson flight to Varadero is on September 28.

“We will now assess the hotels and local infrastructure over the coming days to ensure we are able to provide the expected levels of customer service,” the operator said.

The operator is offering free amendments and cancellations to customers due to travel to Holguin, Cuba and Orlando, Miami and Florida Keys up until tomorrow (Friday).

“The hurricane has caused extensive damage in the Cayos, Cuba. UK customers travelling to Cayo Coco or Cayo Guillermo are being offered free cancellation or amendments on departures up to and including 31 October,” the Thomas Cook added.

“We are offering free cancellations and amendments on Varadero for departures up to and including 25 September.

Thomas Cook cancelled a flight from Miami to the UK yesterday and called for travellers to make their way to Orlando international airport join alternative flights.

The company’s first return flight from Orlando landed at Manchester airport yesterday followed by another to Stansted. Five further flights form Orlando were due to land this morning in Manchester, Gatwick and Glasgow.

“Our customer relations team will be contacting all customers within seven days of their arrival back to the UK to discuss refunds, incidental costs, or losses that may have been incurred,” Thomas Cook said.

Thomson operated four flights yesterday out of Orlando Sanford after the airport re-opened to Glasgow, Manchester and Gatwick.