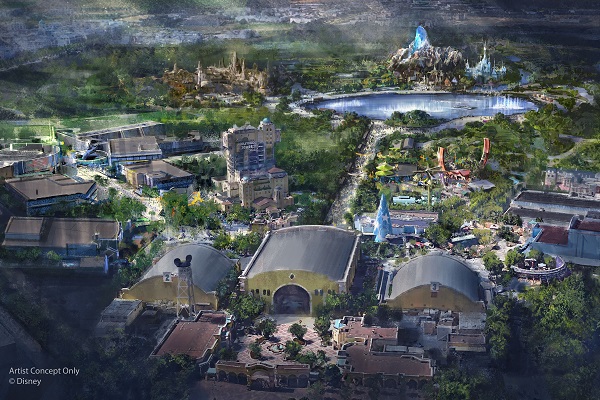 Disneyland Paris is to undergo a €2 billion expansion including three new areas based on Marvel, Frozen and Star Wars.

The new development will include a transformation of the Walt Disney Studios Park, including the addition of the three new areas as well as new attractions and live entertainment experiences and a new lake as their focal point.

Disney says the expansion plans, which will be rolled out from 2021, are among its most ambitious since it opened in 1992.

“We’re very excited about the future of Disneyland Paris and continue to invest in its long-term success,” said Iger.

“The resort is already the leading tourist destination in Europe, and the transformative expansion we announced today will add even more of our beloved characters and unparalleled storytelling to create new lands, attractions and entertainment that further elevate the guest experience and drive new opportunities for tourism in this dynamic region.”

The new areas will “infuse” some of Disney’s most popular stories and characters, and follow the resort’s 25th anniversary last year and recent two-year refurbishment that saw existing attractions and some hotels updated and renovated.

Disneyland Paris has received more than 320 million visits since 1992 and represents 6.2% of France’s tourism income. It has more than 16,000 employees representing 100 nationalities.

Earlier this month, Disneyland Paris announced plans for a new Marvel-themed attraction at Walt Disney Studios, which will be part of the new Marvel area when it opens.

This summer, the Marvel Summer of Super Heroes seasonal event will take place at Disneyland Paris.

Walt Disney parks and resorts revenues up 13% to $5.2bn

Comment: Peak seasons and booking times are so last season