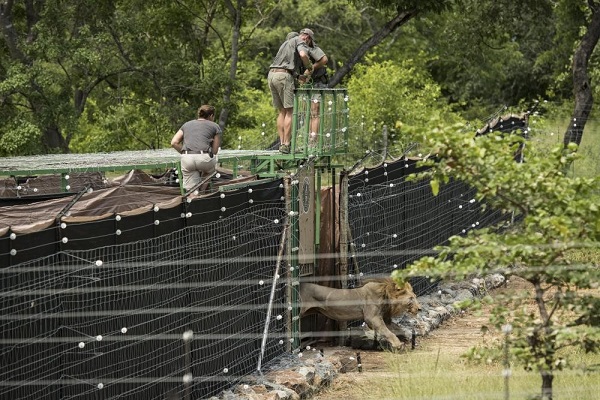 Lions have been reintroduced to Liwonde National Park in Malawi, four years after they were last seen there.

Two mature male lions were released after being translocated from the Majete Wildlife Reserve, 200km north of Liwonde, where lions were reintroduced in 2012.

The move was described as a “fundamentally enriching” by the manager of the park.

The lions will remain in boma enclosures at Liwonde for several weeks to allow close monitoring of their wellbeing, adjustment, and will be bonded with two lionesses when they are translocated from South Africa in March, before all are released in to the wider park.

Liwonde has been managed by non-governmental organisation African Parks, of which Price Harry is president, since 2015.

The reintroduction at Liwonde was in partnership with the Department of National Parks and Wildlife (DNPW), supported by the Dutch Government and the Lion Recovery Fund.

African Parks will further supplement the populations in both parks over the coming months, with the translocation of up to 12 additional lions from South Africa.

“The reintroduction of lions is fundamentally enriching for Liwonde” said African Parks’ Liwonde Park Manager, Craig Reid. “It restores a key species that is critical to the healthy functioning of the natural system, contributes to the establishment of an important local predator population, and will significantly benefit tourism as a mechanism for socio-economic growth”.

The arrival of the lions lays the foundation of a wider population in a bid to distinguish Malawi as a wildlife destination. Each lion has been fitted with a tracking collar for monitoring.

According to Africa Parks, there were more than 200,000 wild lions living throughout Africa just over a century ago, but Africa’s lion population has decreased by 42% in two decades. Today, it says wild lions are extinct in 26 African countries and only about 20,000 lions are left in wilderness areas.

Lions are classified as “vulnerable” on the Red List of Threatened Species by the International Union for the Conservation of Nature (IUCN).