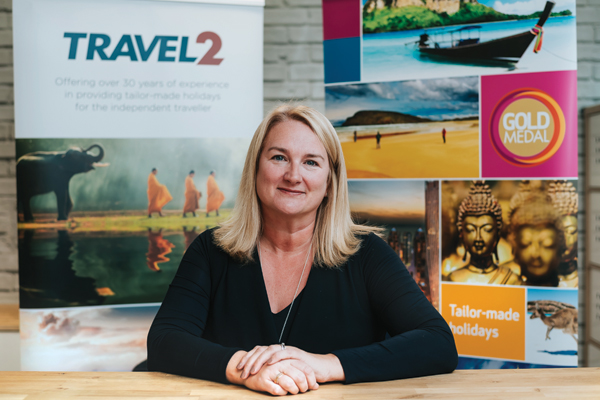 The new boss of Travel 2 and Gold Medal said it would be “commercial suicide” to merge the two brands.

Lisa McAuley, who started as managing director of B2B tour operations for dnata Travel Europe in January, said both of the dnata-owned operators had their own “loyal fan base” of agents with little crossover.

Recent research carried out by the business showed only a third of trade partners booked both Gold Medal and Travel 2, with the rest selling one or the other.

“But each has its own loyal fan base of agents; each is trusted by different ones. So it wouldn’t make sense to lose one.

“The relationships that our call centres have with agents are incredible – like I’ve never seen before. It’s personal.

“To merge them would be commercial suicide.”

However, she admitted it is not always made clear what each brand does and how they differ.

McAuley said with more training and education, there could be more agents selling both brands but for different products.

McAuley, who joined from Silversea Cruises where she was UK managing director for three years, has also set out plans to bolster Travel 2’s cruise offering by recruiting six more staff for its reservations team, launching two new brochures and is currently in talks with Clia about working more closely with the cruise body.

She also revealed she is recruiting a marketing director and plans for a new CRM system to be installed later in the year.