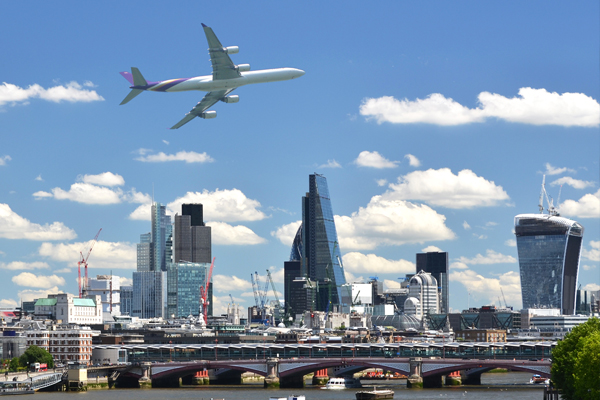 More people are opting to take staycations instead of travelling abroad on holidays in post-Brexit vote Britain, a new report reveals.

Travel and tourism grew by more than four times the rate of the wider UK economy last year, boosted by more domestic breaks being taken and the weak pound attracting more inbound tourists.

The rate was higher than the global average (4.6%) and more than four times faster than the UK’s economy as a whole, which grew by 1.5%.

The growth translated into £214 billion contribution to GDP, four million jobs, and £29 billion in exports.

This shows the role of travel and tourism in driving economic growth and creating jobs in Britain, and emphasises the “vital importance” of safeguarding the interests of the sector post-Brexit, according to the WTTC.

The study highlights a 5.8% rise in domestic trips last year, while travel abroad grew by just 2.5%.

Spending by international tourists to the UK rose by 7.9% over 2016.

WTTC research director Rochelle Turner said: “Behind this growth lies a double benefit of the sustained weakness of sterling after the EU referendum in 2016.

“As a result, we have seen an increase of 6.7% in arrivals, the strongest growth in over a decade, boosted by increased price competitiveness and a 7.9% increase of spending by international tourist visitors.”

In addition, British holidaymakers are increasingly opting to stay at home on ‘staycations’, with outbound tourist departures from the UK growing by only 2.5% – compared to 7.8% in 2016 and 9.9% in 2015.

WTTC president and CEO Gloria Guevara, speaking at the publication of the report in New York, said: “The strong growth in UK tourism is great news not just for the sector but for the country’s economy as a whole.

“However, this success cannot be taken for granted. While the weak pound is certainly improving competitiveness in the short term, and driving visitor arrivals and spending, there are significant challenges in the longer-term which will need to be addressed.

“Most critical will be ensuring the country has a workforce which is sufficient in number and skills to support this growth.

“Furthermore, as outlined by the Prime Minister in her speech earlier this year, the continued inclusion of the UK in EU aviation agreements will be vital if the UK is to continue to enjoy access to high spending EU markets and maintain affordable European travel for residents.

“Finally, as the UK and EU redefine border relationships, both sides must take into consideration the opportunities for safe, secure and seamless travel.

“Security is paramount, and investment in technologies such as biometrics offer not only increased security, but also a more efficient experience for travellers.”

She added: “If the UK is to benefit from the significant opportunities offered by tourism over the coming years, I would encourage the government to prioritise the needs of the sector.

“The prize is nearly £40 billion in exports per year and around 400,000 new jobs – vital for the economic success of Britain outside the European Union.”