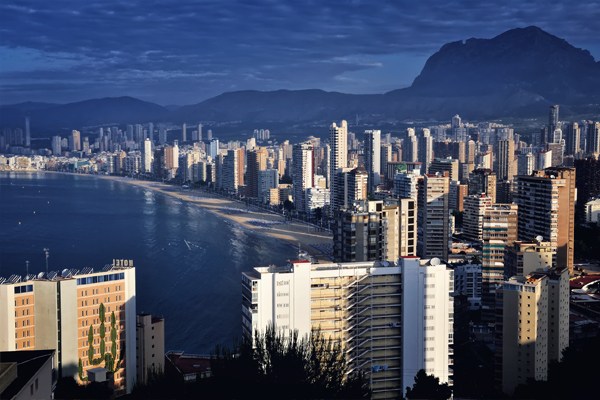 Four British men were arrested by police as they were about to film themselves parachuting from a skyscraper in Benidorm.

The men, who have not been named, were intending to share footage of the base jump in the Spanish resort on social media.

They were arrested on Saturday as they prepared to jump off the 35-storey Torre Levante, which at 120 metres high is one of the tallest buildings in the resort.

They did not have permission to carry out the stunt but police believe they had carried out similar jumps from tall buildings in Benidorm and posted the footage on YouTube, The Times reported.

The men face a maximum fine of €300,000 each. Their parachutes have been seized. They were released on bail while a police investigation continues.

Benidorm has held official base jumping competitions under strict regulations from its skyscrapers, including the final of the Extreme World Championship.

The local council has also been taking a tougher line on anti-social behaviour among tourists recently.