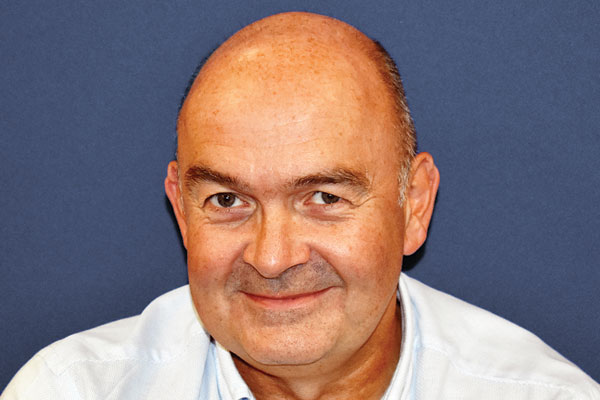 After 10 years at the helm, the operator’s boss tells Juliet Dennis how the trade has helped fuel ‘rapid growth’

And perhaps that’s one of the reasons why travel agents have so readily embraced the escorted tours and river cruising brand since it started selling through the trade five years ago.

The statistics alone tell the story. Five years ago, 80% of sales came from newspaper reader offers and the rest was direct. Today, 45% is from reader offers, 30% is direct and 25% is from agents.

Working with the trade was an “obvious route” to grow the business, which turned over £140 million for the 2016 financial year and has continued to see “rapid growth”. The trade is now Riviera’s fastest-growing distribution channel.

“We are targeting significant growth through agents,” says Clemson, who also stressed the importance of retaining loyal clients and gaining first-timers.

The business is aiming for double-digit growth annually, but compromising on quality is not an option. He says: “Everything we do is about making sure the customer is satisfied. You cannot compromise on that.”

Clemson takes a similar, fair-minded approach to the company’s distribution through independent agents.

“If someone comes to us direct and they say they normally book through an agent, we will call the agent to give them commission. We want to be fair,” he says.

“We operate in a channel- agnostic way and have a flat pricing structure. Agents we work with, especially successful ones, work hard to develop that customer base. They are getting significant repeats and benefiting from our growth.”

But this is on the understanding they do not slash prices. He adds: “We don’t want distribution partners discounting our product; we don’t feel it needs discounting.”

Getting agents to experience trips and cruises themselves is key. “When agents get on board our ships and see them first hand, it has a big impact,” he says.

To increase consumer awareness, Riviera has stepped up its TV advertising and digital marketing, which has boosted agent sales.

“The biggest impact has been on agent sales. If you advertise river cruises, consumers will not book direct, they will go to an agent they know and trust,” says Clemson.

Joining the Association of Touring & Adventure Suppliers (Atas) has also been valuable, he said.

“Atas really draws attention to the touring and adventure holiday niche and the over-50s sector, and the ability for agents to add more value to their businesses by focusing on these customers.”

Clemson’s passion for Riviera is testament to his 10 years with the company.

He joined in 2008 and ran Riviera with founder Michael Wright, who exited in 2014, selling a majority stake in the business to Phoenix Equity Partners.

In a move intended to fund the next stage of growth, private equity firm Silverfleet Capital recently took a majority stake in Riviera – following Phoenix’s departure – in a deal understood to be worth more than £200 million. The takeover has freed up funds to invest in the digital side of the business and new ships.

“Our ambition is to become the go-to brand for the over-55s and we are working on that,” says Clemson. Despite this, the operator has recently launched Taste Breaks, a direct-sell, escorted tour brand focused around food and aimed at a younger, more independent demographic.

“We are testing the market,” admits Clemson. “It’s focused around the late baby-boomer generation whose children have just left home. They might not consider an escorted tour but may want an experience beyond what they want to put together themselves.”

And if it works? “If something is successful, we will open it up to a broader distribution – for example, agents,” he says.

Riviera’s escorted tours and river cruises are both set to benefit from product investment in the coming years, according to Clemson.

Escorted tours make up two-thirds of the business and Clemson is targeting six to 10 new destinations a year in Europe and long-haul.

“We still have lots of long-haul destinations to develop,” he says.

He predicts growth from the long-haul market. “We are seeing long-haul sales starting to climb nicely through agents.”

For 2019, Riviera has added a South America tour and new itineraries in Montenegro, Corsica and Sardinia.

The operator is also developing its “personalisation programme” for clients, whether it’s to see a ballet in Moscow, drive an original Fiat 500 in Florence or zipline in the Costa Rica rainforests.

River cruising is the fastest-growing product in Riviera’s portfolio, and Clemson is confident the operator can gain a larger foothold. It is targeting double-digit growth over the next three to four years.

“The key is continuing to offer quality ships. We aim to offer good value for our five-star product.”

“We have got a popular product and agents support us. We think we can win some market share and have got ships on order all the way until 2021,” he says.

The operator, which also offers tall-ship, yacht and small-ship cruises, has launched Antarctic and Nile itineraries for 2018.

So what about expansion into ocean cruising? Clemson won’t rule it out but says that, as with all parts of the business, quality is key.

“Ocean cruising is a huge market and we have got some ideas we are looking at; never say never.”

Something agents can expect to see more of is Riviera’s Solo Traveller trips being promoted via the trade.

Clemson says: “We haven’t really pushed it through the trade. We have a small number of destinations but plan to significantly increase them in the next couple of years.”
Watch this space.

2. Where is your favourite holiday destination?
There are so many places that offer such unique things. We went to South Africa recently, which was incredible. To relax, I’d choose a quiet cove in Portugal.

3. How do you relax on holiday?
Despite good intentions, I struggle to relax on holiday. I enjoy running and cycling, wandering around a food market and then cooking the spoils.

4. What’s your guilty pleasure?
The Archers!

5. What’s been your best experience working in travel?
I don’t have an experience but the best decision I made was joining Riviera – it has an inspiring culture with amazing people.

6. How did you get hooked on the travel industry?
I started my career in IT, and my first assignment was with a tour operator. Almost 30 years later, I’m still in the business – I love the satisfaction of creating memories for people.

7. What’s your favourite meal?
Sea bass with Alentejo white wine at a fish restaurant on the Algarve.

8. Which three people in travel would you invite to dinner?
That would have to be the disrupters who all had big ideas: Freddie Laker, Michael O’Leary and Michael Wright (founder of Riviera Travel). That would be a good evening!

9. Which three people not in travel would you invite?
Winston Churchill, Nelson Mandela and Steve Jobs.

Take a look at the new Atas website: touringandadventure.com