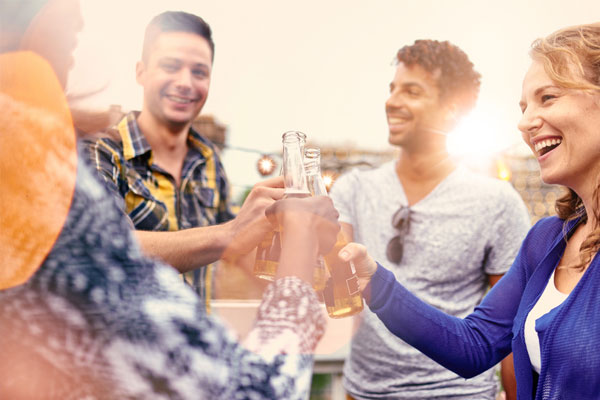 Millennials are borrowing millions more than other age groups to pay for their holidays, a new study reveals.

Holiday loan borrowing by all other age groups combined totals around £15 million less for the same period at £119.2 million, according to the research by MoneySuperMarket.

Almost half (48%) of Britons are willing to borrow money in some capacity to go on holiday, the research found.

Holiday loans are now the third most common way to fund a trip after saved cash and credit cards.

Millennials are most likely to borrow to fund their travels, with more than a fifth saying that they would consider a holiday loan.

Two in five millennials who said they would take out a holiday loan would be open to using it to upgrade their hotel, compared to only 12% of those aged over 35, while a quarter would use a loan to upgrade to an all-inclusive holiday.

When looking at the length of the loan, 44% of people expect to take less than a year to pay off their debt.

This figure rises for millennials, with 53% believing that they will be able pay off their holiday loan in less than a year, but in reality the average term is nearly two and a half years.

When it comes to millennials who are considering a holiday loan:

Britons could be spending over 40% more on their holidays than they initially predicted.

On average, people are willing to borrow £1,715 to fund a holiday.

However, the actual average holiday loan amount according to MoneySuperMarket is just over £3,000 – meaning that a large percentage of holidaymamkers could be spending more than anticipated.

The average holiday loan amount also varies widely depending on region, with Birmingham accounting for more than £7.5 million of the UK’s holiday loans since 2016, with Belfast and Glasgow following with £6.9 million and £6 million respectively.

Kevin Pratt, consumer affairs expert at MoneySuperMarket, said: “Holidays allow us to relax and spend time with loved ones or make new friends, and most of us plan and look forward to them for months. It’s hardly surprising that younger people are willing to borrow to ensure they have a fantastic annual break.

“In an ideal world, we’d all be able to pay for our hols out of savings, but that’s unrealistic for most of us.

“Some people put the cost on their credit card but for a significant number, a personal loan is the preferred option. This means they can spread the cost over a longer period, making it affordable – but it’s important to remember that any loan is a significant financial commitment.

“When looking for a loan, it is important to shop around, compare rates of interest and any fees or charges, and ensure you understand the terms of payment. It’s crucial the loan is affordable, which is why we provide details of monthly payments and total amount payable whenever someone runs a quote on our site.”