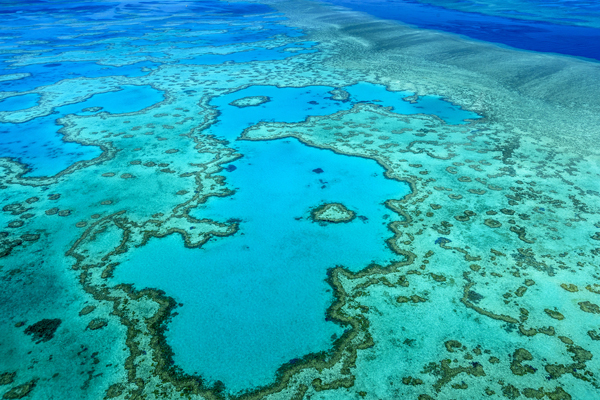 A “positive update” on the recovery of the iconic Great Barrier Reef has been issued by the Australian state of Queensland.

There are substantial signs of recovery for corals affected by mass coral bleaching on the Great Barrier Reef.

A milder 2017-18 summer as well as co-operation between science, industry and government is supporting the recovery of the Reef in many important locations, according to Tourism and Events Queensland.

Visitor fees contribute to the Great Barrier Reef Marine Park Authority, the federal agency which oversees protection and scientific research to support the sustainability of the reef.

The Reef and Rainforest Research Centre in co-operation with the Association of Marine Park Tourism Operators conducted detailed surveys of bleaching levels at key dive tourism sites around Cairns in 2016.

While many of the primary dive sites were not affected by bleaching, a few were strongly affected in the 2017. These are the same reefs showing strong signs of recovery.

RRRC managing director Sheriden Morris said: “It is important to realise that bleaching occurs in multiple stages, ranging from the equivalent of a mild sunburn to coral mortality – so when a reef is reported as ‘bleached’ in the media, that often leaves out a critical detail on how severe that bleaching is, at what depth the bleaching has occurred and if it’s going to cause permanent damage to the coral at that site.

“The Great Barrier Reef is a very large and diverse coral system with a high level of biodiversity and has significant capacity to recover from health impacts like bleaching events.

“Increasing temperatures experienced around the world from climate change means that the pressure on the Great Barrier Reef is going to continue into the future.

“In addition to government and community actions to reduce carbon emissions and improve the quality of water running into the reef, managers and operators on the Great Barrier Reef will need to do all they can to protect and support their individual sites.”