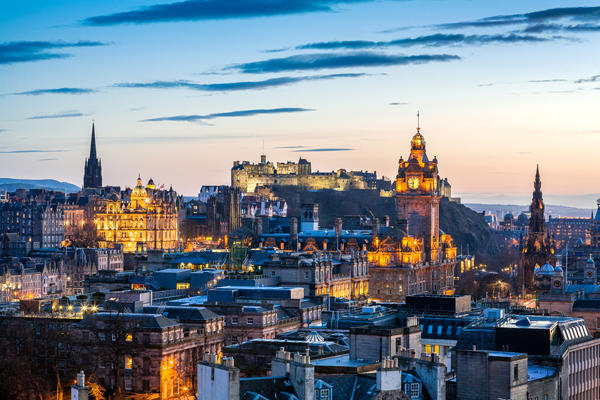 A consultation is to be held on plans by Edinburgh City Council to impose a tourist tax of £2 per room, per night.

The tax would raise an extra £11 million a year to be spent on growing tourism and managing its impact.

The council published details of its proposals for a Transient Visitor Levy ahead of the consultation that will run until the end of the year.

A year-round charge of either 2% or £2 per room, per night, for all types of accommodation is being suggested.

This would include short-term lets and would be capped at seven nights.

Edinburgh is at the forefront of a push from local authorities to be given power by the Scottish government to introduce the visitor’s levy, the BBC reported.

The Scottish government has said it would not consider it unless the long-term interests of the industry were fully recognised.

The Federation of Small Businesses has previously voiced concern about the idea of a tourist tax.

The draft scheme for Edinburgh has been developed following detailed research, a series of informal meetings with industry stakeholders and an in-depth survey of residents and visitors.

The consultation could start next month and be completed by the end of the year as long as approval is given by the council’s corporate policy and strategy committee on October 2.

The council also wants people to give their views on priorities for how the additional money would be spent.
Independent research, commissioned by Marketing Edinburgh, was carried out involving 519 interviews with local residents and 561 interviews with paying overnight visitors – 10% from Scotland, 35% from the rest of the UK and 56% overseas which was broadly reflective of actual visitor numbers.

The research found that a small nightly charge would not deter visitors from going to Edinburgh and that residents were supportive of the idea.

Council leader Adam McVey said: “Our work over the summer has focused on key stakeholders, particularly those in the hospitality trade, and we are continuing to engage with them on the details of what an Edinburgh scheme could reasonably look like and options for implementing it.

“Public consultation will allow for a wider and transparent debate over important details with everyone who has a view and we believe this approach is an important component of gaining trust and support for the scheme.

“We continue to believe that a TVL [Transient Visitor Levy] is in the best interests of our residents, our tourism industry and those who visit us, and we fully expect the robust, professional approach we are taking to achieve a positive result for the capital.”