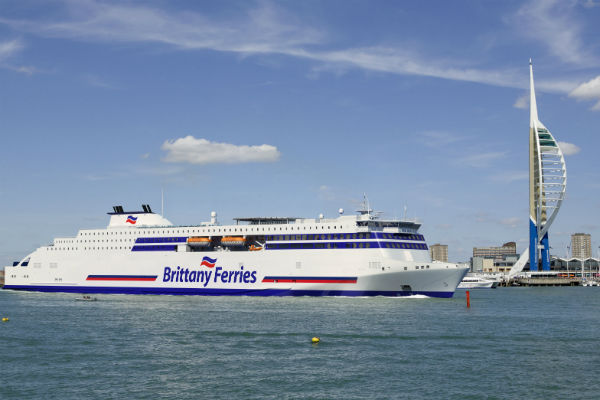 Brexit uncertainty is casting a shadow over Brittany Ferries as the company admitted that 2019 demand is being dented.

The ferry firm, which operates from Portsmouth, Poole and Plymouth and recently announced three new ships worth €450 million, raised the alarm after noting a fall in demand for family holidays next summer.

Brittany Ferries warned of “serious consequences” for international tourism and the regions it serves if a Brexit deal does not bring certainty and the free movement across borders enjoyed by customers today.

CEO Christophe Mathieu said: “While the summer period saw an encouraging rise in passenger traffic, we cannot afford to be complacent.

“Eighty five per cent of our passengers are British holidaymakers visiting key regions in France and northern Spain. And we know that uncertainty and instability in the UK will have consequences on both sides of the channel.

“We have recently announced significant investment in fleet renewal. For example, next year our new LNG-powered vessel Honfleur will arrive to serve our busiest Portsmouth-Caen route with a capacity for up to 1,700 passengers. Two more ships will follow as part of our €450m investment in the future.

“But we need to make sure we have passengers and freight to fill these new ships.

“Family bookings for next summer already show a worrying downward trend, so today we sound the alarm.

“A poor deal, or perhaps no deal at all, could impact Brittany, Normandy and the Loire, regions that have benefited directly from the links we have established and the demand we have grown for Brits travelling overseas over the last 45 years.”

His warning came as the company reported a 2% rise in passenger numbers in the three months to September over the same summer peak months last year.

Strongest performance came on the Cork-Roscoff route, passenger traffic up by 9%.

This reflected additional capacity following the arrival of the chartered vessel Connemara to the fleet in May.

Connemara also contributed to a 12% rise on long-haul routes operating between the UK, Spain and Ireland.

The company’s most popular route, Portsmouth-Caen – which carries around 30% of passengers – reported a 2% rise.