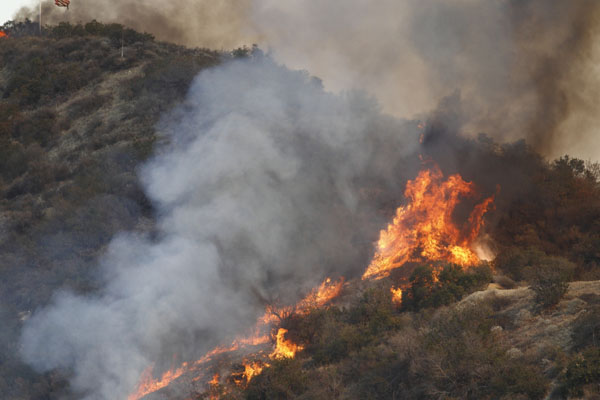 An estimated 250,000 people have been forced to flee their homes to avoid three deadly blazes across California.

The death toll in the wildfires has risen to 31, with more than 200 people missing, according to latest reports.

Six more people were confirmed killed in the Camp Fire in the north of the state, taking the toll there to 29.

It now equals the deadliest wildfire on record in California – the 1933 Griffith Park disaster in Los Angeles.

In the south, the Woolsey Fire has claimed two lives as it damaged beach resorts including Malibu.

The appeal came a day after Trump threatened to cut funding for California, blaming the fires on poor forest management.

Emergency teams have been sifting through the remains of more than 6,700 homes and businesses burned down in the town of Paradise, the BBC reported.

The town and surrounding area bore the brunt of the inferno, which started in nearby forest on Thursday.

The Foreign and Commonwealth Office warned in an a travel advisory updated on Friday: “There are large wildfires in Butte County in North California and near Malibu, Los Angeles County in South California.

“Evacuation orders are in effect. There are other smaller wildfires currently active throughout California.

“Wildfires can spread swiftly, so if you’re in the area you should remain vigilant, monitor local media reports, and follow the instructions issued by local authorities, including obeying evacuation orders.

“High winds can cause fires to spread very rapidly. Areas of high risk are canyons, hills and forests.

“Exercise caution in areas which have been recently affected by wildfires as they are more susceptible to mudslides during heavy rainfall.”