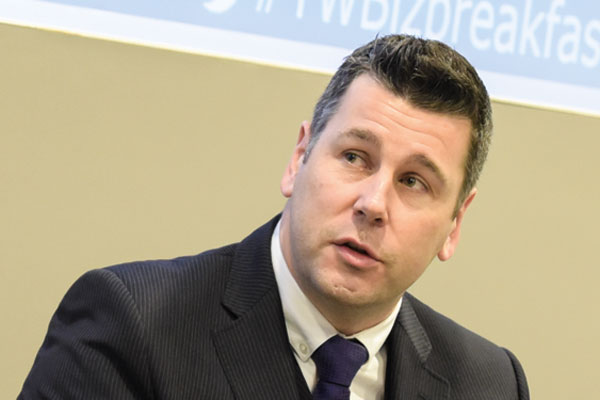 Thomas Cook has admitted it did not implement its strategy quick enough this year and has “a turnaround to do” in 2019.

Speaking exclusively at the latest Travel Weekly Business Breakfast, sales and e-commerce director Phil Gardner admitted: “We have a strategy we believe in, we just haven’t been quick enough at executing it.

“The lates market hit us this year. We need to be stronger in managing our commitments and have already made changes in that area. We also need to be faster at executing our strategy around our own-branded product. We’ve had a good start for bookings next year, and have confidence in 2019, but need to focus on margin and profit.

“The best possible margins are on our unique product. It’s also where we give our best customer service and receive our best NPS [net promoter scores]. We didn’t focus enough on it this summer, so we will next year. I need to do that with trade partners and online.”

Gardner said Thomas Cook got its capacity right when including the airline but conceded that, as a tour operator, “we weren’t really flexible”. He said Thomas Cook’s commitment on flights and hotels will be managed to give “greater flexibility” in 2019 and it will “not commit to so much up front”.

But Gardner said Thomas Cook’s recent results weren’t all bad, despite a slump in share price. “Across the group, revenue was up,” he stressed.

“We need to focus on profit in the right way, but revenue being up at least gives us something to play with.”

Gardner said Thomas Cook’s retail chain was a key part of the recovery plan, but he warned trading would have to be strong to maintain the current 600-store network in the UK.

“It’s our desire to stabilise at that number,” he added. “That doesn’t mean we won’t make changes on an individual basis. But let’s not shy away from it – we have a bit of a turnaround to do next year. We need good peaks and good trading to keep the network as it is.”

The group announced last Thursday that UK managing director Ingo Burmester was leaving to join Kuoni parent Der Touristik in Germany, and that former UK boss Chris Mottershead would be stepping back into the role “for the time being”.

• Sept 24: Group issues profit warning: “Trading since the last update has been tough.” Shares close down at 56p.