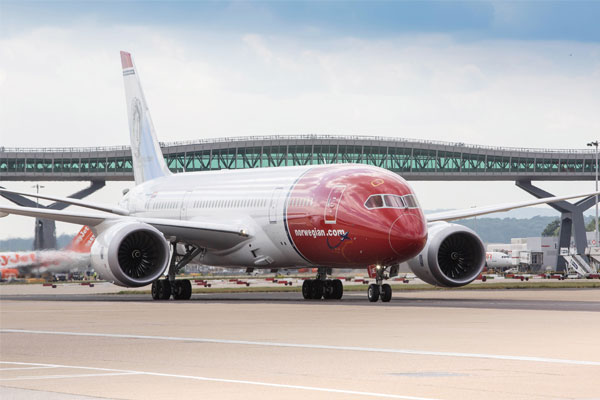 Norwegian is claiming the cheapest UK air fares to Brazil of under £200 one-way in a January sale.

The European low cost carrier has slashed long-haul fares from the UK and Ireland for travel until May 31.

Flights to Rio de Janeiro from Gatwick now lead in at £199.90 in economy and from £549.90 in premium class for bookings made by midnight on January 14.

The airline starts flying to the Brazilian coastal city on March 31.

All 16 long-haul routes from Gatwick are included in the sale.

The cheapest transatlantic tariff in the new year promotion is £134.90 single to Boston and Chicago with New York and Fort Lauderdale at £144.90.

Single fares on new routes to San Francisco and Miami from March start at £164.90 and £159.90 respectively.

Buenos Aires is being offered from £244.90 one-way in economy.