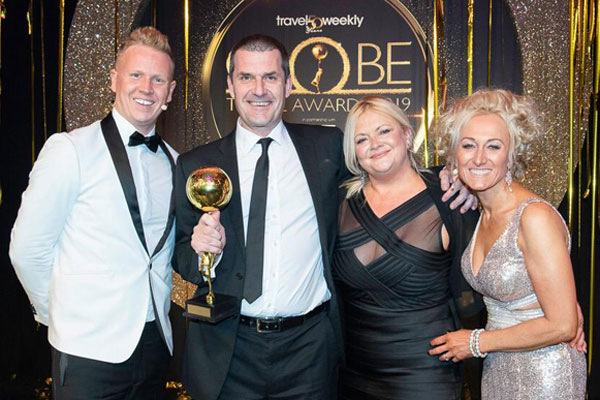 The chief executive of Jet2.com and Jet2holidays Steve Heapy received the Outstanding Achievement Award at the Travel Weekly Globe Awards.

Heapy worked his way up through the ranks, holding positions at MyTravel, Thomas Cook and Libra Holidays before taking the top job at Jet2.

He joined Jet2 in 2009 and became chief executive six years ago, overseeing major growth across its airline and tour operator divisions, with the latter now the UK’s second largest Atol holder.

Heapy runs a multi award-winning company which will carry 12 million passengers in 2019 and has nearly 10,000 staff in the UK and overseas.

He has also taken the lead on a number of industry issues, including the fight against false sickness claims and the battle to revitalise the UK’s high streets.

Accepting the award, Heapy said: “Thank you, but it’s a team thing, as with everything at Jet2Holidays.”

He told Travel Weekly: “It’s hugely flattering to receive this award, but we’re a team and it’s a team effort. This award will be shared with everyone in the company.”

Of Jet2Holidays, he said: “We wanted to provide package holidays the way the used to be done.”

Heapy added: “Independent agents are core to our business. We want to grow our business with them.” 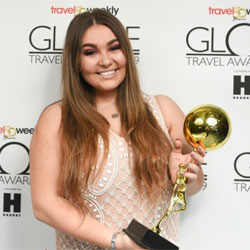 The 19-year-old was told she had months to live when she was diagnosed with a rare form of throat cancer in 2014.

Having beaten the odds – her cancer is now in remission – Turner-Davis has responded not just by excelling in her career, where she is an award winner and her company’s official apprentice ambassador, but also by giving back.

She raised more than £50,000 for the Teenage Cancer Trust during her treatment and set up her own charity to support children, young people and their families who have been diagnosed with cancer.

She said: “They started telling the story and I had no idea. I could not believe it. I could very easily not be here tonight because of my illness so for me this is a massive thing.

“I was just so emotional, so happy and so grateful. My mam does not know and my colleagues don’t know. They will be over the moon.” 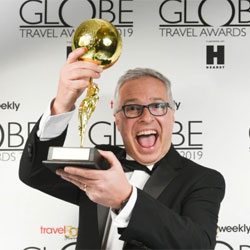 Judges said this year’s winner stood out for how it has been able to take previously untested technology and apply it in a client’s business with a clear impact on its bottom line.

It uses machine learning and algorithms to generate recommendations for the most relevant products, content and services to customers.

Bd4travel founder and chief executive Andy Owen Jones, said: “I delighted to be a part of this evening and thank you very much.

“I also have to thank Iain Andrew and dnata for believing in us, this is the first thing we have done under their ownership.

“We are still so in the early days of personalisation and machine learning and we hope to come back for many more years to come because there is so much to do.

“We are still a small company punching above our weight but with the backing of dnata we can invest. 2018 was a great year and 2019 is going to be even better.” 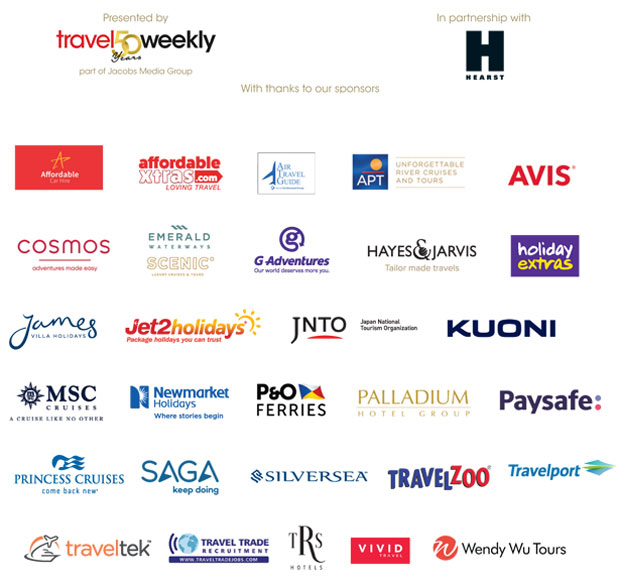