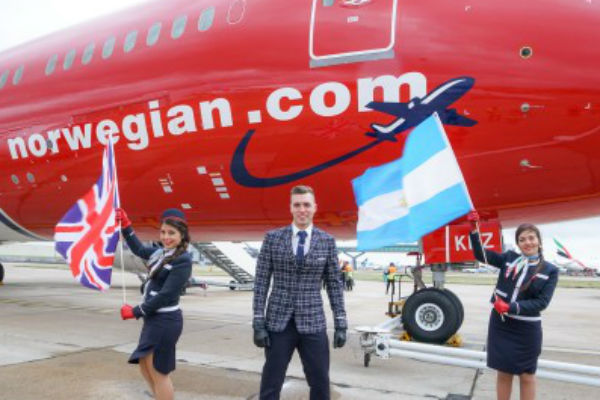 Special fares to Buenos Aires from under £230 one-way have been introduced ahead of the first anniversary of Norwegian serving Argentina from Gatwick.

The £439 return offer applies to economy flights with premium costing from £520 each way.

The budget airline broke the monopoly on direct flights to Argentina on Valentine’s Day last year wit for flights a week, which rose to a daily service in December.

Norwegian plans to increase its South America coverage with the first low-fare flights from the UK to Brazil later this year with a non-stop service from Gatwick to Rio de Janeiro with fares starting at £199.90 one way.