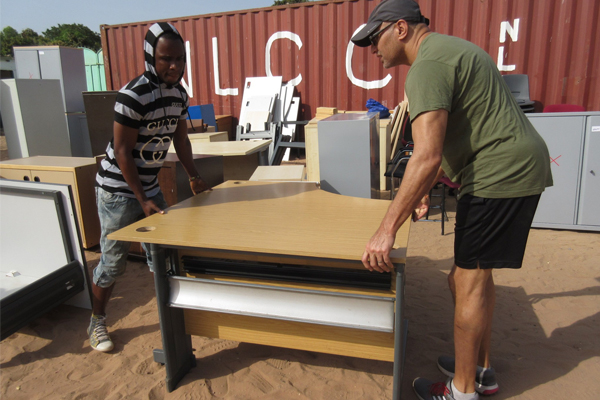 Desks from a refurbished branch of Carrick Travel have been donated to a school in The Gambia.

The four desks were removed in October from Roma Travel in Newark, Nottinghamshire, after it underwent a renovation and name change following its acquisition by Carrick Travel a year earlier.

They have now been delivered to the school via charity New Life Gambia. Carrick Travel agent Leanne Kelham had the idea as a friend of hers is involved in the cause.

Kelham said: “They took the desks in a big container with a lot of other things. It’s nice to see them go to a good cause rather than just being thrown away.

“We sell a few holidays to The Gambia, and now we’ve donated these desks it’s a country I’ve learnt a bit more about.

“We might sell more now, or at least drop it into the conversation.

“The shop is also a lot more spacious now we’ve got new desks – the customers love it.”