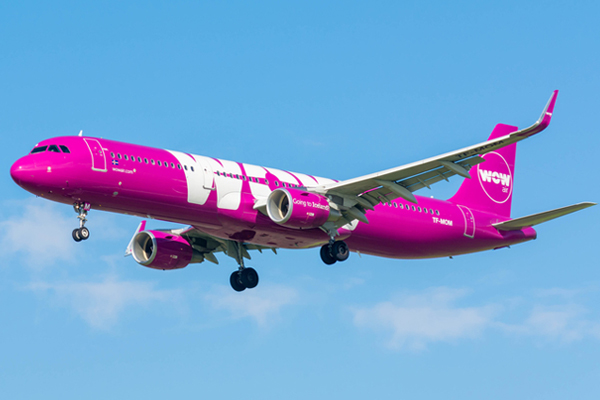 An announcement is due today on the future of the airline amid reports that flights from Gatwick have been cancelled.

Wow Air said: “Icelandair Group has decided that its possible involvement in Wow Air’s operations, as announced on 20 March 2019, will not materialise.

“Therefore, all discussions between the parties have been cancelled.”

In a separate statement yesterday, the airline said: “A majority of Wow Air bond holders and other creditors of Wow Air are in advance discussions with the aim of reaching an agreement on a voluntary restructuring including an agreement of converting current debt into equity and fund the company towards long term sustainability.

“Further information will be given tomorrow [Tuesday].”

A restructuring announced before Christmas saw the airline offload  almost half its fleet to 11 aircraft in a “drastic measure” described by CEO and founder Skuli Mogensen as “the most difficult day in the history of Wow Air”.

Wow Air losses rose to $33.6 million in the nine months to September 2018 from $13.5 million for the same period a year earlier.

The airline was due to switch its daily Gatwick-Keflavik service to Stansted from March 31.