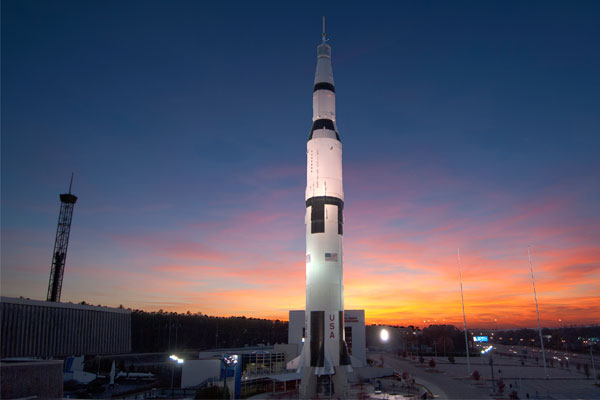 As the US celebrates 50 years since the first moon landing, Laura French finds out where to launch your space-loving clients.

On July 20, it will be 50 years since 530 million people around the world watched crackly TV pictures of Neil Armstrong and Buzz Aldrin becoming the first men to walk on the moon.

Now, the US is going all out to mark that “giant leap for mankind” with groundbreaking exhibitions, one‑off events, Guinness World Record attempts and other happenings for those looking to celebrate one of the greatest human endeavours.

Artefacts from the mission, including Armstrong’s spacesuit and the sleeping compartment of Apollo 11, will be on display at space centres across the US, complementing year-round attractions such as tours of Nasa’s Control Center, Space Camp and a host of other interactive activities for those after an immersive experience they’ll never forget. Here are some of the key events and attractions to look out for.

It was at the Kennedy Space Center that Apollo 11 was fired off from a Saturn V rocket – the biggest rocket ever launched, as tall as a 36-storey building and weighing the equivalent of 400 elephants.

Today, one of three remaining Saturn V launch vehicles is displayed at the museum’s Apollo/Saturn V Center, and the museum is going all out to enhance it this year with projection mapping showing the iconic moon footage, alongside revamped decor, augmented reality experiences and new exhibits including MoonScape, featuring the Lunar Lander.

The experiences don’t end there. Visitors can meet a real-life astronaut at a Q&A session, wander the Astronaut Hall of Fame, check out the Rocket Garden and its replicas, or explore exhibitions such as Heroes and Legends. Here, special effects, holograms, augmented reality and a 3D theatre combine to create a spectacle that’s every bit as futuristic as you’d expect. Gold Medal offers tickets from £54.

For those wanting to glimpse Apollo 11 itself, Seattle’s space museum beckons. From April 13 to September 2 this year, it will be hosting the travelling exhibit Destination Moon: The Apollo 11 Mission, where Columbia, the command module of Apollo 11 itself, will be on display.

The module was one of three compartments that made up the spacecraft, acting as the sleeping quarters for Neil Armstrong, Buzz Aldrin and Michael Collins. Now visitors can see its interior with an interactive 3D tour, and glimpse more than 20 one‑of‑a‑kind objects – many of which were flown in the mission – on loan from Washington DC’s Smithsonian.

There’ll also be other artefacts from Nasa and Russian space flights, plus an array of events to celebrate the anniversary, from an opening festival this weekend (April 13-14) – featuring virtual reality activities, family workshops and an over‑21s ‘intergalactic’ party – to a lunar photography exhibition in August.

The king of space museums – and regular home of the Apollo 11 command module, which has been displayed here since 1971 – the Smithsonian boasts around 17,000 space artefacts in its collection, including 400 directly related to the first lunar landing.

The big one for this year is Armstrong’s spacesuit, going on display in July in its first public outing in 13 years.

It will be accompanied by other one‑off experiences, including a five-day extravaganza centred on the National Mall, taking place over the dates the astronauts flew (July 16-20).

Lunar Module 2 – similar in appearance to the Eagle module used on Apollo 11 to take the astronauts from lunar orbit to the moon’s surface – is also on display at the Boeing Milestones of Flight exhibition, while an Imax cinema, planetarium and more help visitors learn about the universe in an experiential, memorable way.

If that doesn’t quite satisfy the appetite, there’s only one thing for it: the US Space & Rocket Center in Huntsville, Alabama – the biggest space museum on the planet and the official visitor centre for Nasa’s Marshall Space Flight Center (the place where Nasa’s rockets and spacecraft are developed and tested).

It was here that Saturn V was engineered, and its heritage is marked across the city – not least by a 110m-high replica of the rocket that soars up from outside the museum, punctuating the skyline.

This year, the centre is doing everything it can to commemorate the achievement, with highlights including a Guinness World Record attempt on July 16 that will see 5,000 rockets launched into the sky at 8.32am, the exact time the rocket ignited in 1969. It will be followed by a ‘homecoming dinner’ with brass band entertainment, and an all-out street party with dancing aplenty in downtown Huntsville.

There’ll also be a celebration car show on July 13 featuring cars from the Apollo era, a special concert on July 20 to mark the landing date, lunar landing re-enactments at the museum’s new planetarium, and an all‑new exhibition, Apollo: When We Went to the Moon, tracing the Space Race journey.

It doesn’t end there, though. It’s here that you’ll find the much talked-about Space Camp – an immersive, unique learning programme where wannabe astronauts and space lovers of any age stay on site while taking part in team-building activities and completing simulated space missions to give them an idea of what it’s really like to fly in space.

No list would be complete without mentioning Houston, home of the Apollo Mission Control Center at Nasa Johnson Space Center, where Nasa plans and carries out its space flight missions.

Here, visitors will be able to see original control consoles used to monitor the mission, alongside an array of other space-related artefacts to complement the 400 objects on show at the Space Center. Highlights include spacesuits from across the decades, an Apollo 17 Command Module, a Skylab training module and a rock from the moon.

Beyond the centre itself there’ll be plenty going on to honour the anniversary, including a glowing orb sculpture (with projection-mapped satellite imagery) on display at the Houston Museum of Natural Sciences, and a string of other festivities.

Marriott Marquis Houston even has a Mission to the Moon package available in July, featuring moon-themed cocktails and a salt-stone Moon Melt Massage. Who said the whole space thing was hard?

North America Travel Service offers a 14-night fly-drive that visits Huntsville, Atlanta, Nashville, Memphis and beyond from £2,946, including tickets to the Space & Rocket Center.
northamericatravelservice.co.uk

Funway Holidays offers a week in Houston from £1,545 at Best Western Plus
New Caney, including United Airlines flights on July 15. A Space Center Houston and city tour can be added for £62.
funway4agents.co.uk 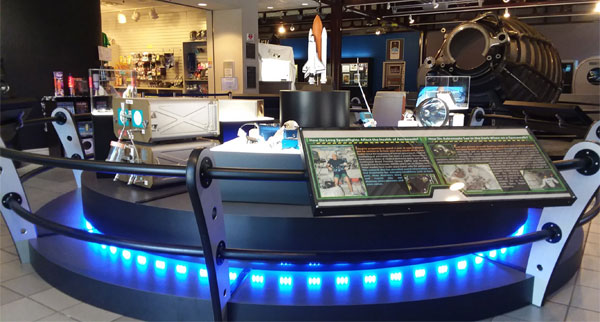 Columbus State University’s Coca-Cola Space Science Center has opened an exhibition to coincide with the anniversary. It features artefacts from the Apollo and Space Shuttle programmes, alongside two new planetarium shows.

The National Gallery in Washington DC is luring artsy types with an Apollo 11-themed photography exhibition showing glass stereographs taken on the moon by Armstrong and Aldrin, plus photos of the astronauts themselves.

Flagstaff in Arizona will host events to mark its role as the place where much of the training for the mission took place. Highlights include astronomer talks at the Lowell Observatory, a ‘star party’ at the Grand Canyon and rides in a buggy used in the lunar landing.

Eight of the best space-themed holidays

What to do in Austin