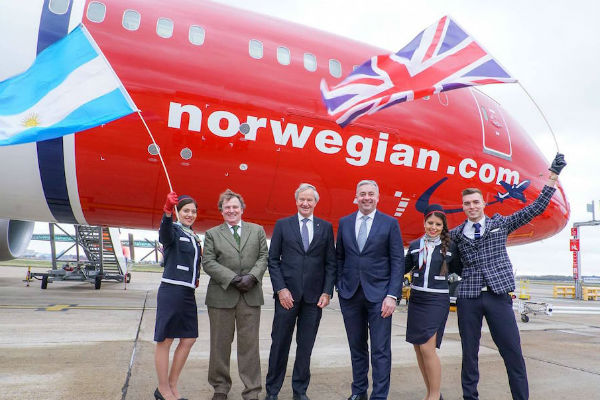 The Argentine capital became the carrier’s 11th long-haul route from Gatwick last February as part of its expansion from the UK to a range of new global markets.

The 13-hour non-stop flight to Buenos Aires Ezeiza International airport runs daily, having increased from the original four a week due to demand.

The overall number of international arrivals to Buenos Aires from Europe rose by 4.6% in 2018 over the previous year, according to official figures.

Consumption in goods and services of foreign visitors increased by 30% year-on-year, representing an additional income of $12 billion Argentine pesos to the country.

“In 2018, it amounted to 3% of Buenos Aires gross geographic product. The impact it has on employment is enormous; in fact, one in every five jobs generated globally in 2017 corresponds to tourism and that has a greater impact on cities.”

The city’s mayor Horacio Rodríguez Larreta added: “Thanks to the national government’s connectivity policy, tourism is growing like never before. And every tourist who comes to Buenos Aires generates work in hotels, bars and restaurants, theatres and shops.”

The majority of tourists that travelled to the city were from nearby Brazil, Chile, and Uruguay, followed by the US, Colombia, Spain, Peru and Italy.

However, the Foreign and Commonwealth Office last night warned that widespread trade union strikes are planned for today (Tuesday) across Argentina.

The action is expected to affect public transport, public services and national and international flights.

“Some roads may be blocked,” the FCO added in an updated travel advisory. “Check with your airline if you have flights booked for 30 April.