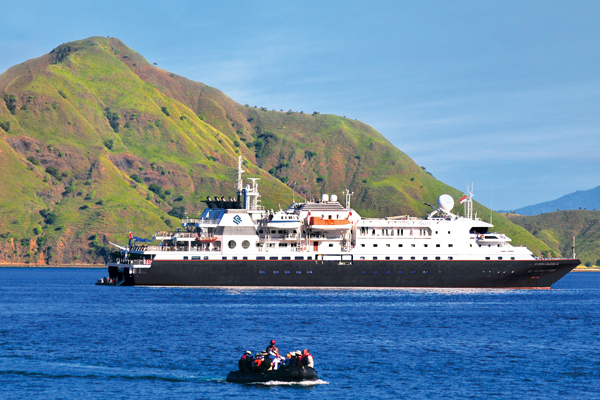 CroisiEurope has acquired expedition ship Silver Discoverer from Silversea Cruises as it looks to expand its destinations programme.

The 120-passenger vessel will be called La Belle Des Oceans when it joins the family-owned cruise line in late July.

CroisiEurope has one other ocean-going ship – La Belle de l’Adriatique – in its fleet.

Scheduled to launch in spring next year, the line said La Belle Des Oceans’ itineraries and further details will be announced soon.

The seven-deck ship will have 60 ocean-view suites, including one 38 metre squared cabin.

Public spaces include a swimming pool, two bars, a restaurant, an outside grill bar, fitness centre, beauty salon with hairdresser and spa.

Last week, it was revealed that Silver Discoverer, which has been with Silversea since 2014, would leave the fleet.

The luxury line will welcome a new expedition ship to its fleet next year when Silver Origin is built.