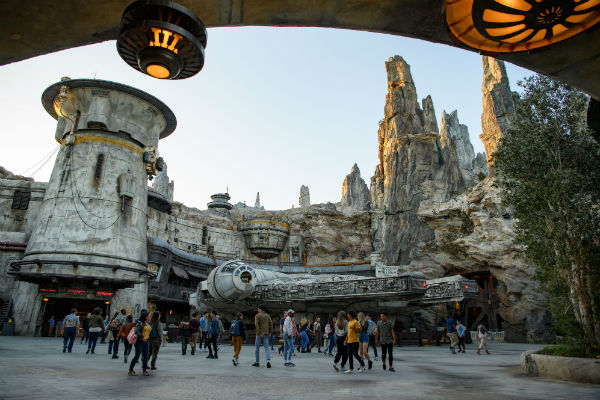 The highly-anticipated Star Wars: Galaxy’s Edge opens on tomorrow (May 31), at Disneyland Park in California, and is the largest expansion the park has ever opened at 14-acres.

Reservations are required to enter Star Wars: Galaxy’s Edge at Disneyland Park between May 31 and June 23.

After June 23, reservations will no longer be required to visit Star Wars: Galaxy’s Edge.

Disneyland Resort will implement a virtual queuing system to visit the new land so guests can enjoy the rest of the resort while waiting to visit.

Guests will be transported to a galaxy far, far away in the new area, where they can sample galactic food and beverages, enter a collection of merchant shops and fly through space on the new attraction, Millennium Falcon: Smugglers Run.

A second attraction, Star Wars: Rise of the Resistance is due to open by the end of 2019 and will place guests in the middle of a climactic battle between the First Order and the Resistance, including a face off with villain, Kylo Ren.

The new land will open at Disney’s Hollywood Studios in Florida on August 23.