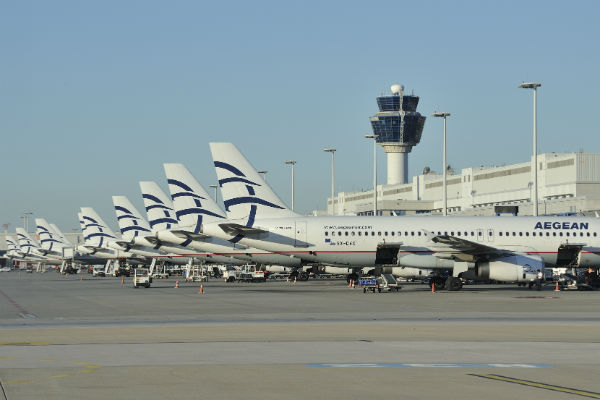 Greek carrier Aegean suffered from increased losses in the first quarter of the year due to higher fuel costs and a downward pressure on fares.

Pre-tax losses for the winter three months to March were 12% higher than the same period last year at €48.7 million.

The result came despite passenger numbers rising by 7% to 2.5 million and revenue 4% up to €172 million.

CEO Dimitris Gerogiannis said: “The group managed to deliver growth in revenues, passenger traffic and load factors, within the context of the European economic slowdown, however with a drop in average fares.

“Aegean is one of few European airlines which managed to achieve higher revenue during the first quarter of 2019, despite the increased seasonality of the Greek market.”

He added: “For the summer period we continue to pursue our strategy for moderate and steady growth, adding new destinations and investing in the extension of the tourism season.

“At the same time, we are working hard to prepare for the induction of our new Airbus A320neo aircraft in our fleet in 2020.

“We remain cautiously optimistic for our progress in the following summer quarters as the trend of our bookings remains positive.”